As I’ve got older, I’ve found I’m much happier in myself if I spend time with nature – something that’s reflected in my writing. Chunks of Ravens Gathering take place in woodland, and Carrion has key scenes in two different forests, and on two different rivers.

In recent times, I’ve done quite a bit of walking around Greenham Common. For most people, this place is associated with the airbase used by both the RAF and the USAF, but also the peace camp set up there in the 1980s. Since the base closed, much of the land there has been taken over by the Wildlife Trust and is open for anyone to visit, as this sign demonstrates. 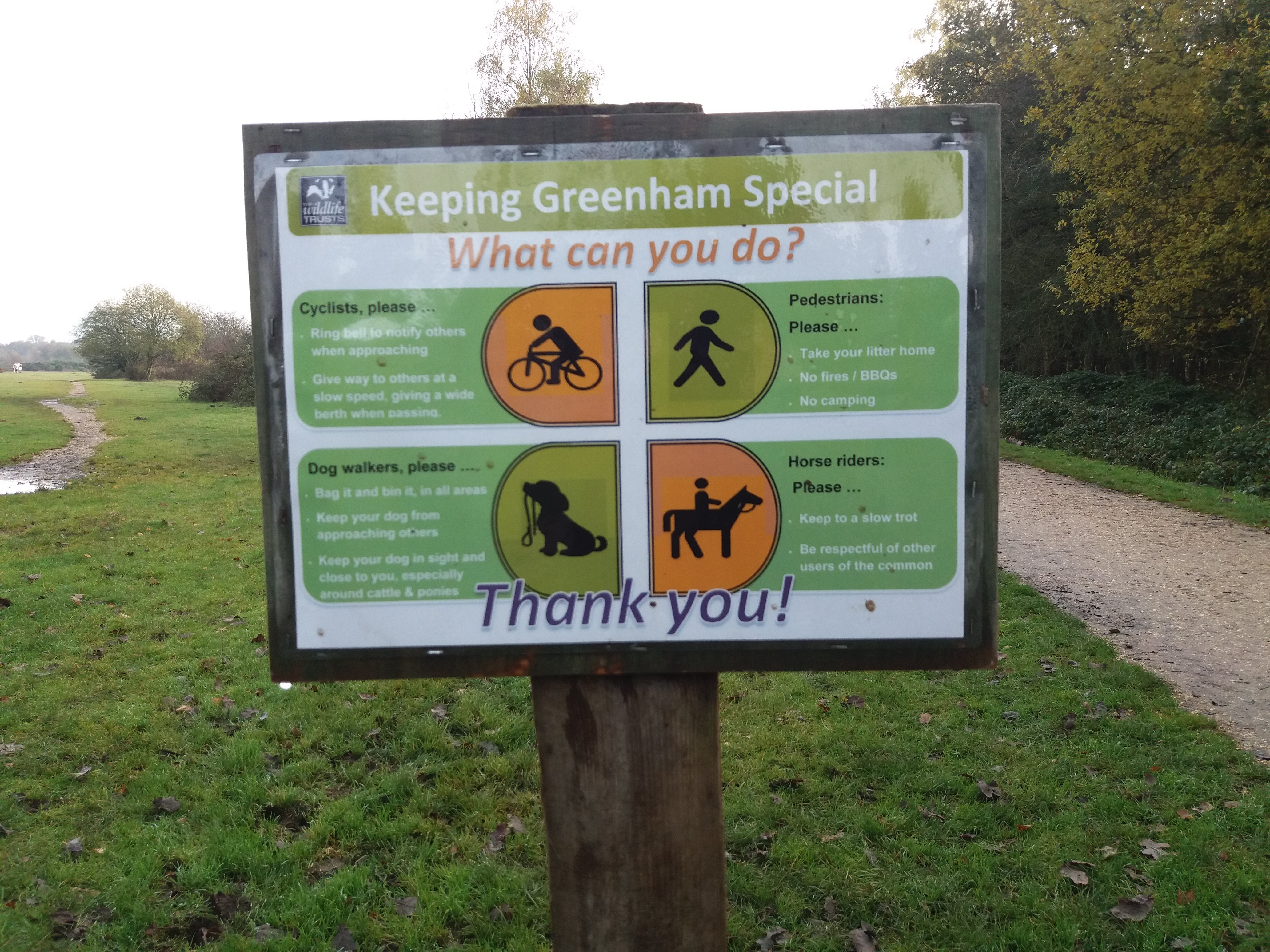 What interests me about this sign is the first instruction to dog walkers: Bag it and bin it, in all areas. Not an uncommon instruction, as dog owners have been urged for many years now to clear up after their pets.

It does seem odd, though, that dogs are being singled out. If you look at the same sign, there’s no similar instruction for the horse rider and, arguably, a horse will create a much larger mess than a dog.

Admittedly, no horses here, but who doesn’t love cows?

These animals don’t have the benefit of a human accompanying them at all times with a collection of plastic bags – and I suspect those bags would need to be somewhat larger and sturdier too. I think the following photos make my point. 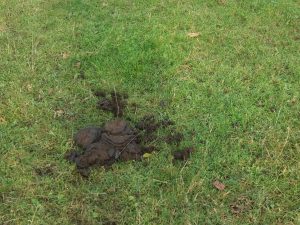 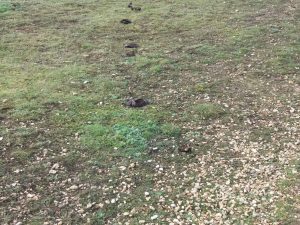 Interestingly, I didn’t spot any dog poo during my walk (suggesting the signs are being paid attention to), so I’m not able to share any photos for comparison purposes. Still, I’m sure your fertile imaginations can fill in the gaps.

The thing is, it strikes me as odd that dogs alone need to have their shit picked up, while it’s quite in order for cattle, horses, rabbits and birds to leave theirs all over the place. 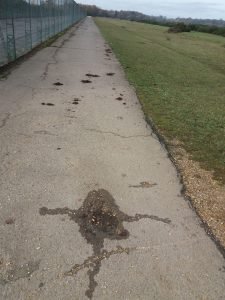 It’s worth saying at this point that I don’t have a dog and have never had any desire to own one. I understand the attraction, but they’re not for me. I love going for walks – hence my wanderings at Greenham – but I don’t want to be forced to go for one. Nor do I want the responsibility. So my observations aren’t made with any sense of self-interest.

I should also say that I don’t have any issues with the Wildlife Trust, or anyone involved in the management of Greenham Common, which is a fantastic place to visit, with miles of paths, both on open ground and in woodland. When I’m in Newbury – and I’ve been there a lot over the last couple of years – I’ll try to go a few times a week, and rarely cover the same ground.

My issue – if we can call it that – is with the need for dog shit to be picked up, inserted into a plastic bag and then put in a bin so it ends up in landfill.

Sure, I get that it’s unsightly on our pavements. But so are burger wrappers and drinks cans. The thing is, the shit’ll either be eaten by insects, or decompose over a few weeks and then it’ll be gone. If it’s put in a plastic bag, like the wrappers and cans it’ll take hundreds of years before the waste has disintegrated.

At a time when we’re supposedly becoming more conscious of the need to reduce the use of plastics and look for ways to make our planet more sustainable, wouldn’t it be better to leave the shit there? We seem to be okay with the stuff pumped out by cows and horses and other animals. Or, if the snowflakes (and I use that word sarcastically, because it seems to me it’s the older generation objecting to dog shit more than the youngsters) can’t cope with seeing crap on pavements, at least allow dogs to leave their mess on open land like Greenham Common. We don’t need these, surely? 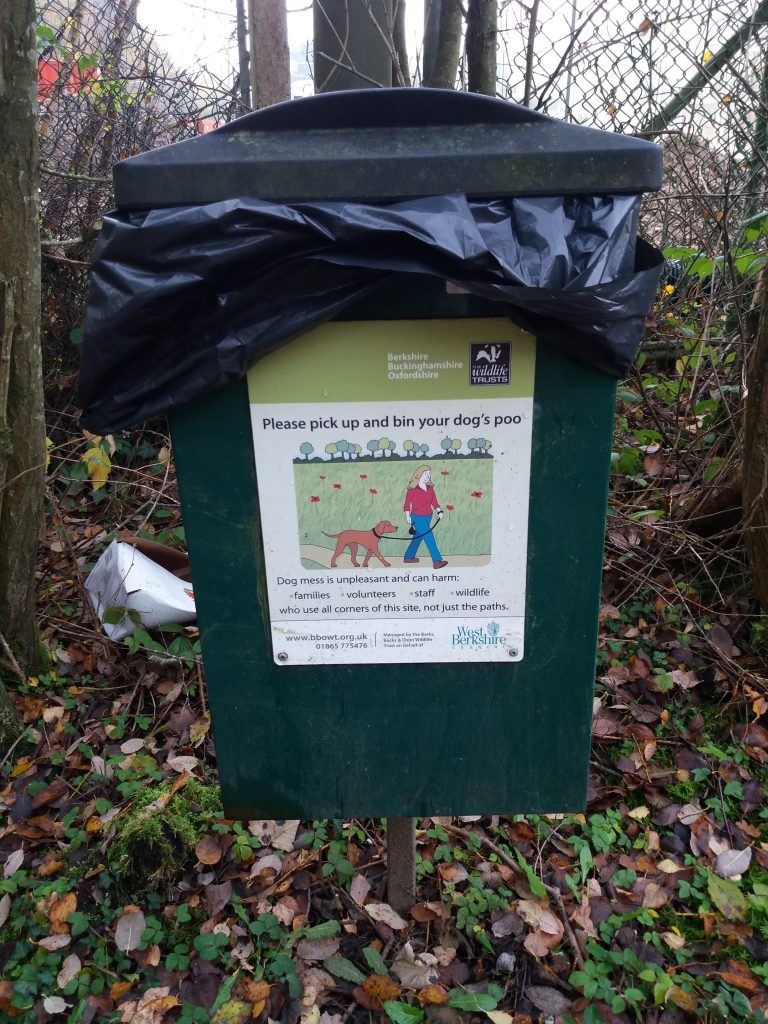 It’s quite possible I’m missing a very important point here. Because I’m not a dog owner, I’ve very limited experience of the significance of their shit over and above that of other species. So I’m happy to be put right on this, and welcome any comments. It’ll also be interesting to see if you’re more interested in this than the other shit I put out on this blog every now and then…