The Spirit Of Christmas

Eleven years ago, I was dreading Christmas. I’d split up with my partner the previous spring and she had decided to go to her mum’s for a few days, taking our children with her. It would have been wrong for me to argue. After all, it had been my decision to break 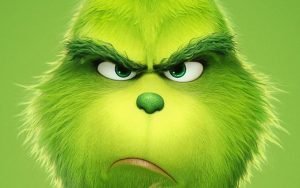 the family up so, as she didn’t get a choice in that, it seemed only fair for her to choose how to spend that ‘most wonderful time of the year’.

The outcome for me, though, was that I wasn’t going to see my kids at Christmas.

As I hit my mid-teens, the magic of Christmas was already going for me. For a start, I’d learnt the truth about Santa (but don’t tell the kids, will you?). Still, there were new things to do: parties, drinking, mistletoe… And that evolved as I went into the world of work, with office parties and access to pubs being added to the mix. 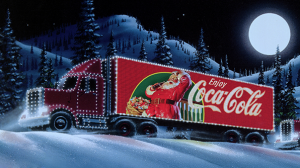 By my mid-twenties, though, even that was beginning to give way to a general sense that the whole thing was becoming a chore. The drag of trying to think of what presents to buy; the obligation to go and visit families (either my own or a partner’s); the sense of going through the motions at times as I willed the holiday to pass so I could get back to normal.

And then the magic returned. Being only nine months old, my daughter won’t have known much about her first Christmas, but there was still something special about it. Of course, a year later, there was more awareness, and by the time the third one came around she was as excited as I’d ever been. And so was I.

So, even though that debate was intended to be tongue-in-cheek, my point was genuine, and it was that experience with my daughter – and subsequently my son – that formed the foundations of that argument. For me, time with family has been the essence of Christmas.

Facing the prospect of being without my children was, therefore, difficult. Other people understood that. My parents and sisters all offered 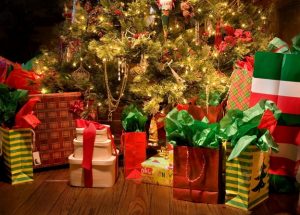 to have me round. One of my new neighbours did as well. And I was grateful to them all. But I declined those offers. And I declined them because I didn’t know how I was going to feel on the day. My suspicion was that I was going to be miserable (it’s not unheard of!), and I didn’t feel it would be right to inflict that on another household when they should be celebrating.

Which meant, not only was I not going to see my kids on Christmas Day, but I was going to be alone.

As it turned out, I had a really good Christmas Day. I determined that, for the first time in years, I didn’t need to be up at the crack of dawn – or, more likely, well before it – so I had the luxury of a lie in. Sadly, it was interrupted by a phone call from my son who wanted to wish me a Happy Christmas, but it was good to hear from him. 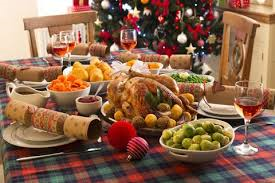 When I got up, I decided that, as I was on my own, I could eat and drink what I wanted, when I wanted. And I did, snacking when the mood took me – who wants to waste hours in the kitchen preparing a meal anyway?  I also decided to spend some time writing and, by the end of the day – which flew by – had written over 4000 words, probably the most I’ve ever completed in one day.

For many people, the prospect of being alone at Christmas is depressing, even frightening. Knowing someone else will be alone doesn’t sit right either. But many people are, whether by choice or circumstance. Not all of them are fortunate enough, as I was, to have the ability to choose to make the best of that day.

Whichever camp you fall into, whether you have the benefit of your family around you, you prefer to use the time to do something for yourself, or you will be alone even though you’d prefer not to be, I hope you find peace. Because, even though I argued that the spirit of Christmas is renewed with each child, in truth it is more about finding whatever gives you the most peace. What it definitely isn’t is any of the things pictured throughout this post.