The Importance of Christmas

There’s a lot of talk at the moment about the possibilities of Christmas this year. Whether we can have it (we can – it’s not going anywhere), and how we can have it, and the chances of there being restrictions because of Covid-19.

Christmas is an important feature of the calendar. Many of us have experienced that first Christmas without a loved one. The empty ache seems so much heavier at that time of year, so there clearly is something more significant about it.

I suspect that significance has little to do with religion for most people – and I include myself there. To me, Christmas has always felt as if it was a time for families to be together. As a child, I was always made to feel my birthday was a special day, but it was special to me. Christmas can be special for everyone, and across the generations, although it’s especially the case with children around.

There’s something magical about the idea of a strange man dropping down a chimney and, as parents, we do our best to maintain the illusion as long as possible. The mystique is added to by the infrequency. It only happens once a year, which makes it all the more exciting for the children. And the parents and grandparents. Regardless of your reasons, it is a special time. It’s a time for celebration, whether it is the religious, the opportunity for families to get together, or even if you hark back to the pagan beliefs and rituals for that time of year. And those celebrations are enhanced by decorations, food and music (whether your preference is for carols or Slade).

Of course, with economics becoming an increasingly important factor, there are stresses. Those are added to by the pressures of entertaining large family gatherings. But these are largely self-imposed. More of us could do with stepping back and reminding ourselves why we find this period so special – and that the hundreds of pounds you spent on a new computer console is not what your children will remember fondly when they’re grown up and looking back on the Christmases of their youth.

One thing that does make anything special is its rarity. The shops start promoting Christmas earlier and earlier each year. But an increasing number of households are buying into that too. A neighbour of mind decorated the outside of their house last week. And theirs wasn’t the first I’ve seen already decked out for Christmas. 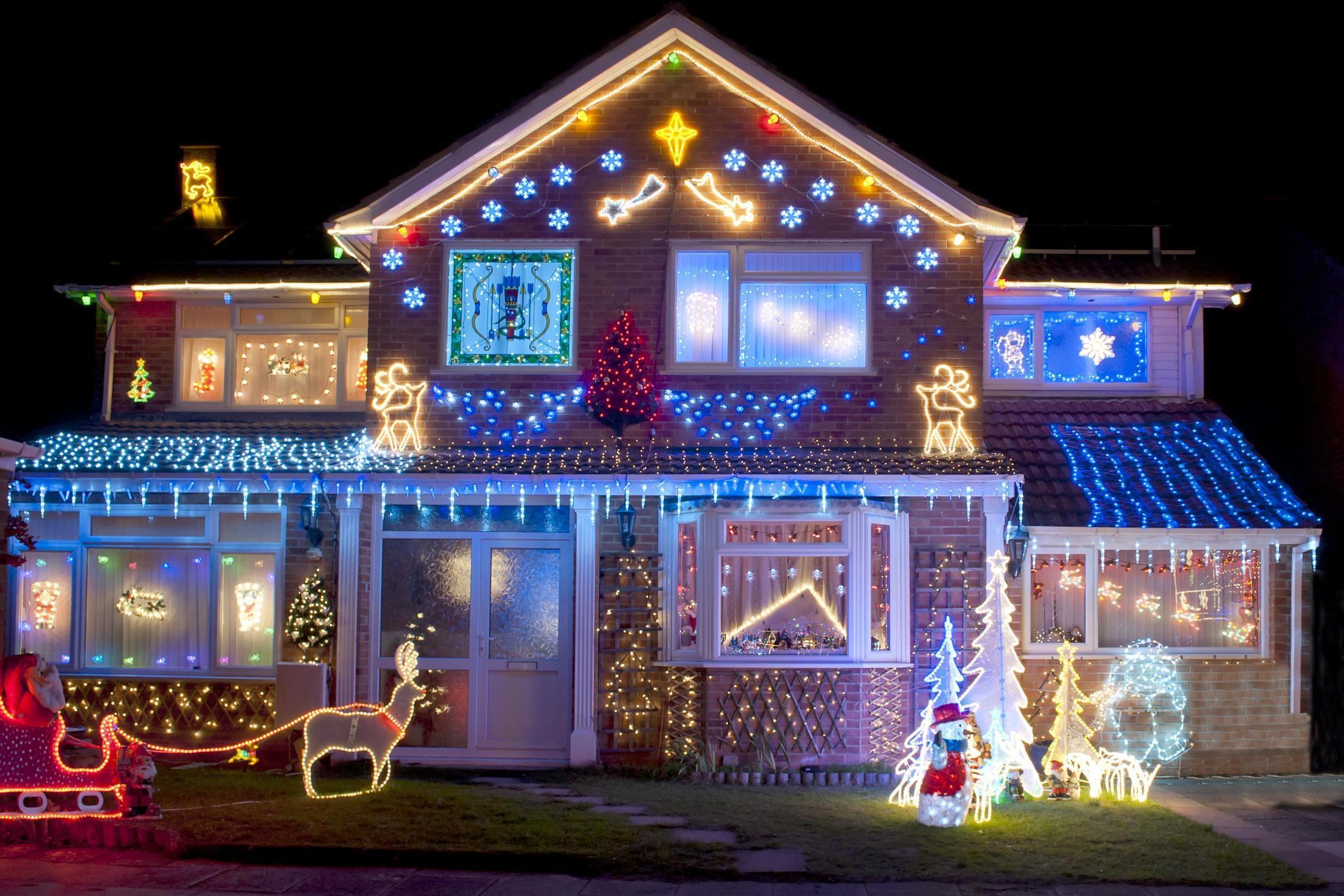 Not my neighbour’s house

To me, it doesn’t seem right. Christmas is a time of anticipation but, when the anticipation goes on for weeks, surely by the time it arrives it’s going to be, at best, anti-climactic.

We all have our own views on this, I’m sure, and it may be that mine are seen as Scrooge-like. After the year we’ve had, maybe they just want something to look forward to. I hope they aren’t disappointed. Because the number of cases in our area is still in excess of 400 per 100,000. So I wouldn’t be taking bets on it being a ‘normal’ Christmas here – or anywhere else for that matter.

Of course, there’s an assumption that the decisions around what kind of Christmas any of us will have are down to the government. That’s bollocks.

I don’t mean to suggest that the government (or our esteemed leader) are kind-hearted souls who want only the best for us. The reality is that they need something approximating a familiar Christmas because of the damage to the economy if it doesn’t happen. So they won’t want to impose any more restrictions than they have to.

But, if they do impose any, it’ll be because the virus is spreading at a rate that’ll cripple the NHS. And that, my friends, is down to us and how we act. The more of us that behave sensibly, the less likely it is that there’ll be restrictions.

If they do come, though, we need to approach our Christmases creatively, and make them memorable in new ways. The goalposts move very rapidly at the moment, so I’m working on my back-up plan now.

What’s yours? I’d love to know.