The Gigging Years: The Voice

Some time back, I wrote about the first time I saw Thin Lizzy when the original headliners were supposed to be Ultravox. It was a year later, 1982, before I finally got to see the band I was supposed to. 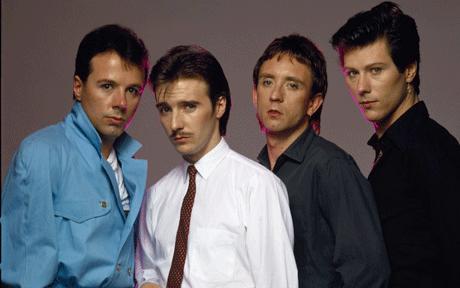 In 1981, their biggest hit, Vienna, was cheated of a number one slot by the classic Shaddap You Face from that stalwart of the music scene, Joe Dolce. If only they could’ve emulated his success with a string of other hits…

As it happens, they didn’t hit the heights of the Top Ten more than another couple of times, and yet anyone now in their 40s or 50s could probably reel off half a dozen titles without thinking.

Although they’d originally formed in the ’70s, the ’80s were definitely their decade, the big difference coming after Midge Ure joined them. Previously, they’d barely registered with the music buying public. 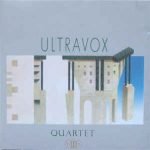 By the time I saw them, they were at the top of their game, touring off the back of the Quartet album, which included songs like Reap The Wild Wind and We Came To Dance.

As it was Zim who’d persuaded me to go to the gig Ultravox should’ve been at, he was as keen as me to see them now we really had the chance. We were accompanied by Sarah, my then girlfriend, and Andy, a friend and colleague of mine.

Perhaps inevitably, we saw them at Leicester De Montfort Hall. I won’t give specifics about how the gig went because, frankly, some details have blurred with the second time I saw them, about 18 months later.

That was at Nottingham Royal Centre, when they toured the Lament album. 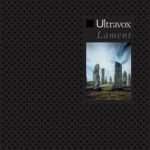 This time I was accompanied by another girlfriend (things didn’t work out with Sarah – a recurring pattern) and one of my sisters.

Unlike De Montfort, the Royal Centre is all seated which, to the 21 year old me was a big disadvantage. These days I’m probably more relaxed about it, though I still like to get up and move to the music. Let’s face it, you can’t pogo in a sitting position. As far as I can recall, though, we did stand through most of the gig.

So, what were the combined highlights? There were too many songs to single out (well, maybe one, but I’ll save it for the end). From a personal perspective, All Stood Still has always been a favourite, so it stood out for me.

Billy Currie was interesting. He played keyboards standing up, but it soon became apparent this was because he couldn’t keep still. He seemed to be perpetually running-on-the-spot, though he managed to do it in time to the music (kind of). He also played violin a few times, so he was a proper musician – not all synth players were back then.

Aside from him, the show was led by Midge. He was clearly the piece the band had been missing before.

Up until I saw them live, The Voice hadn’t particularly stood out for me as a song. It was good, but nothing special. There’s no way I can describe for you what happened. The closest I can get to is this video, which is largely made up of live footage. To get the full effect, I’d be inclined to watch it all, but if you haven’t got the patience, wind it forward to around 4 minutes and watch from there. You still don’t get the full effect you’d have experienced if you were there, but it might give a taste of why drumming became a highlight.

Suffice it to say, both times I came out of their concerts absolutely buzzing.

Since 1984, I hadn’t seen them live again for a while. I think my sister may have done – she certainly saw Midge Ure many times.

Then, a few years ago, they did a reunion tour, and I went to see them at Sheffield City Hall. Another all-seated venue, advancing years meant I was happy to remain seated for some of the show, though there were inevitably parts where I could contain myself no longer and had to get up and dance – well, as much as you can with limited legroom. Billy Currie was still bobbing about at the keyboard, though perhaps not quite as energetically, and Midge hasn’t been able to slick back his hair for a long time, but they were still good. Even so, as the show progressed, I found myself getting more and more agitated, impatient to see something. And then, right near the end, I spotted movement in the wings, and I knew The Voice was due to start. As soon as it did, I was on my feet and cheering as if a team of streakers had just run past. I suspect my closest neighbours hadn’t seen the band in the ’80s, because they were looking at me as if I’d completely lost the plot. And then my cheering became even more frantic as the drums were brought on to the stage.

In retrospect, my enthusiasm was excessive. I suspect the excitement I felt had at least as much to do with nostalgia as it did for the performance itself. But, when the drums stopped, I knew I’d got out of that gig exactly what I’d come for, and I was on a high for the rest of the night.

Nostalgia does seem to play a significant part in my life. I’m sure it’s part of why I prefer to write stories set in the past. But music from the ‘80s and ’70s does make me feel good. It’s not just the music itself; it’s the memories, and not just of events, but of feelings. In those formative years, as you encounter new things in a way you probably can’t as you get older, your experiences stick with you. And, whenever I hear The Voice now, I get goosebumps. And rightly so.