Should I Stay or Should I Go? #Partygate

It’s a question you might be forgiven for thinking that Boris will be asking himself right now. In practice, based on past form, I suspect the thought hasn’t even crossed his mind. The news that he’s been fined for being at a party, frankly, doesn’t feel like news. It’s really only confirmation of what the vast majority of the British public have surely been confident of for months. For that reason, the press this announcement has been getting almost seems disproportionate. As does the reaction from his political opponents. In many respects, it seems like it’s just an excuse for them to call on him to resign and – if they’re very lucky – get the opportunity to call a general election.

On the face of it, a general election could answer a lot of problems. Assuming you are fed up of having a Conservative government. And there are plenty of reasons for feeling fed up.

Johnson’s habit of lying repeatedly doesn’t lend itself to faith in their policies or motives. He is only one man, of course, but there are a large enough proportion of the party’s MPs who are defending his way of governing the country.

The current PM aside, the British public have endured the austerity years under Cameron and Osborne, the debacle that was (and still is) Brexit*, and the handling of the Covid crisis which (aside from resulting in some very lucrative contracts for a select few) could have been handled better by a bunch of sixth-formers.

Now we face a rising cost of living while the government raise taxes and, in the background, we have the ticking timebomb (and the ticking is getting louder thanks to Covid) that is the underfunding of the NHS and social care.

These issues will affect the vast majority of voters – not the elitists in power. A £1000 increase in your heating bill isn’t going to concern someone who spends £30000 on a holiday – or has it paid for them by a party donor. Nor would you worry about hospital waiting lists when you can afford to pay for your own surgery.

So, for the opposition parties, the prospect of a general election must be attractive. There are just a couple of problems with that idea.

The first is that, if Boris resigns or a leadership election is called, that doesn’t necessarily lead to a general election. In fact, there’s always the possibility a new leader could paper over enough cracks to make the party less unattractive to the population by the time there is an election. We do seem to forget very quickly.

Which brings us to the second problem. What would happen in a general election now? The only serious alternative party is Labour. And that depends on your definition of serious. Sadly, they continue to do what they do best: fight amongst themselves. The upsurge of the hard left during the Corbyn years has abated, but it hasn’t gone away. Regardless of your own political convictions, until it does, it’ll turn off a significant portion of the electorate.

As a result, the public could be faced with very little choice in terms of who to vote for. In crude terms, they either vote for a party who seem to lie and cheat and generally mislead us as they favour the elite, or they vote for a party with a barely coherent strategy – and probably have liars and cheats among their number too.

If we, as a country, do want change, seeing Boris go now could actually be the worst thing to happen. In practice, it’ll benefit us all to have him remain in place for at least another twelve months, ideally even up until the next election. His presence will serve as a reminder of what his party stand for. So, when it is time to tick the ballot papers, we won’t have forgotten just how much contempt they have for the masses.

That said, it will be up to the opposition parties to use that time wisely. Because, if they don’t offer a credible alternative, nothing will change. We also need 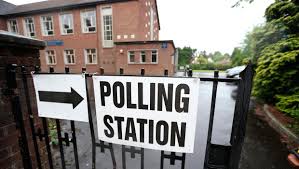 to remember that the power to change things lies with the voters, as long as we vote in sufficient numbers.

For what it’s worth, my own feeling is that we need to send a strong message to both of the dominant parties. Neither is giving us what we want, but the majority seem to think that a vote for an alternative party would be wasted. It won’t. An increasing number of votes for UKIP prompted Cameron’s referendum on the EU. By voting for other parties, by leeching away the support for both Tory and Labour, there’s the potential for them to sit up and take notice again – and maybe this time it’ll be for something positive.

In the meantime, painful as it will be to watch, in the long term we probably need Boris to stay where he is, and sit back and enjoy the spectacle of his ministers and MPs continuing to defend the indefensible.

*Whichever way you voted, and whatever your reasons for doing so, no one can say that Brexit has been handled well. The delays in triggering Article 50, the subsequent negotiations, and the current attempts to move goalposts over Northern Ireland have done nothing to suggest we have a government that is working hard to get the best outcome for the people it’s supposed to serve.