Is it me? A few surprises in the blog stats…

It’s about 4 weeks since I made the decision to get back to putting stuff out on my blog regularly. Since the beginning of the year, I hadn’t really been paying that much attention to it, so hadn’t noticed what was going on in terms of the stats. To be fair, my stats have never been a focus, which is probably a good job – at least I’m not disappointed. Nevertheless, as I put the new posts out, and conscious of my absence, I thought I’d take a look at what’s been happening so far this year.

Ordinarily, I wouldn’t think there was any point or benefit in writing about this, but I did spot something interesting. To me, at least.

Perhaps understandably, the item most viewed on my website was the Home page. The second most viewed page was the post I put out announcing that I was going to start sharing new stuff again – if you feel like bumping the numbers up on that, feel free to take a peek here. But then I noticed that, 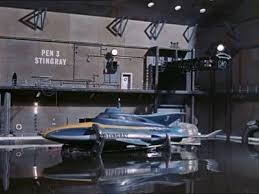 while the more recent posts have enjoyed a degree of success (numerically speaking), they haven’t matched the views for my post about Stingray: Anything Can Happen In The Next Half Hour.

It’s worth noting that it was written and shared in February 2019. Yet it’s been viewed (and might even have been read!) more in the past five months than it was in the whole of 2019.

I hadn’t picked up on this trend before. Old posts that just keep getting views. I’d expect it to a certain extent, but not for the number of views to grow year on year. 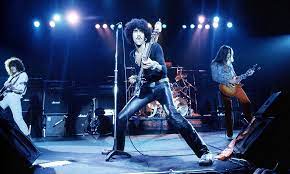 The second best old post was for a Gigging Years item about Milton Keynes Bowl. But it was part two. Part one got a third as many views. How does that work?

In part, at least, I suppose it’s something to do with SEOs and the tags we put on our posts. I never really understand those, and could probably do with having someone sit me down and explain them properly – ideally with a threat of significant physical harm coming to me if I don’t pass a written exam at the end of it. Because, really, it doesn’t interest me in the slightest. But I do know it’s important if I want to get noticed.

And the truth is I do want to get noticed. Yes, it’s nice that people want to read my thoughts on why Gerry Anderson should have been given a knighthood for services to the imaginations of children (of all ages), or on Thin Lizzy being the greatest live rock band of all time, but that doesn’t do much for getting me recognised as an author of outstanding fiction – in my humble opinion. But – and it is a big but – the technicalities bore the pants off me. (If I want the pants off me, I can think of much more interesting ways for that to happen.)

There’s a temptation here to let this narrative meander and get into the woes of being an author who just wants to write and have his stories read without all that marketing bollocks in the middle of it all. Maybe I will another time. For now, though, I’ll just ask two questions:

Go on, tell me. I want to know. Because I can’t believe I’m unique in these experiences.