In the early 1970s, I didn’t even know Cockney rhyming slang was a thing. By 1975, I was much more familiar with it, and that’s down to one TV series: The Sweeney. Then again, apart from learning that Sweeney Todd rhymed with Flying Squad, along with the rest of the nation, I also saw a different side to policing than had previously been seen on British television. 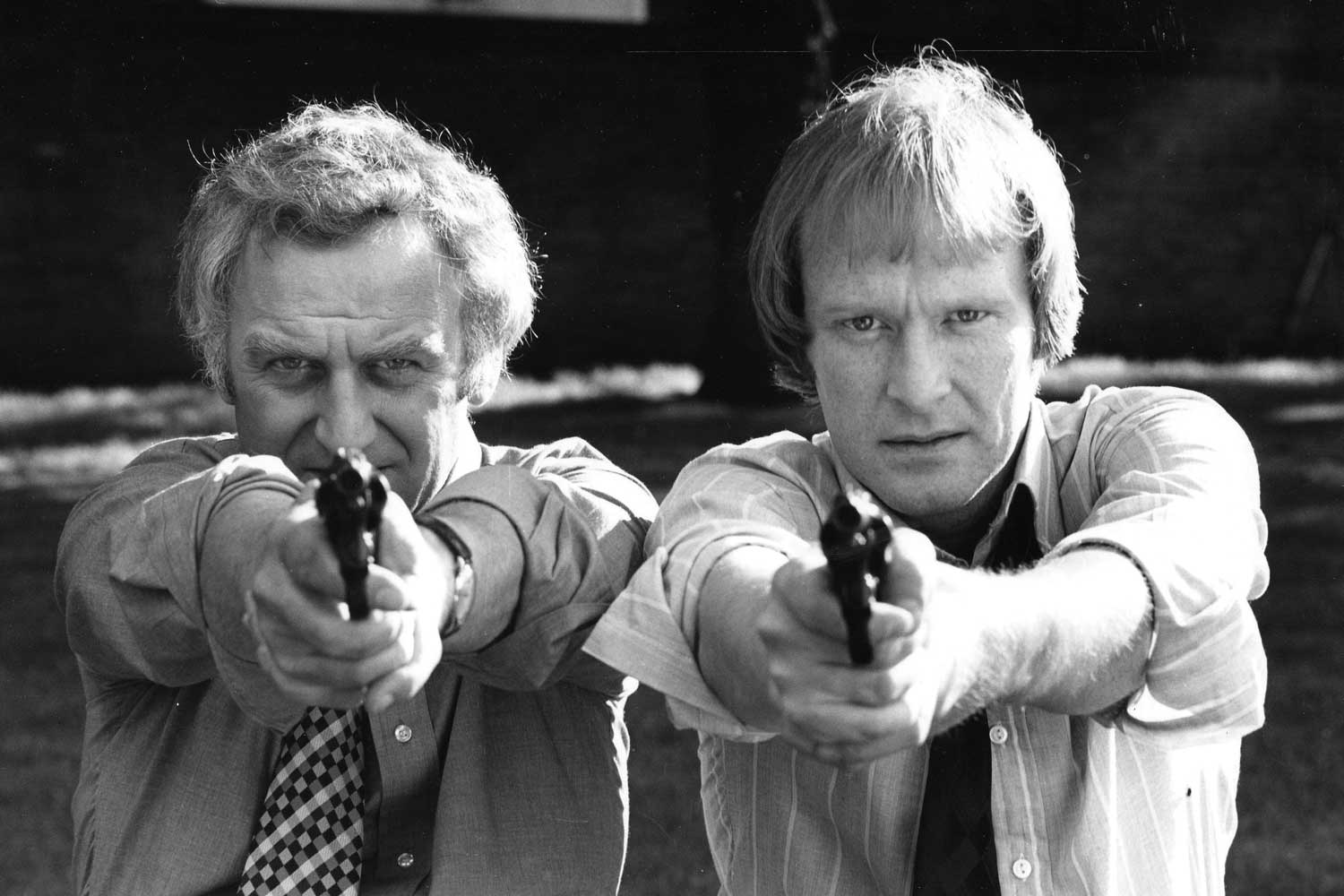 In the past, they’d tended to follow the Dixon of Dock Green approach, representing officers as wholesome, upstanding people, who you could trust to do the job properly and come up with the right solution at the end of it all. 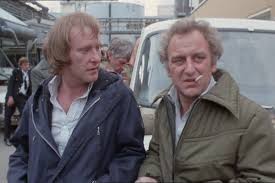 The Sweeney took that idea and jammed it through a shredder. The coppers in this show were flawed, often bent the rules in pursuit of justice, but also came up short, sometimes missing out on getting their man, and often fighting the system as much as the criminals. If they got into a fight with an armed robber, they went in tooled-up for the job. When punches landed, the victim didn’t just reel back from the blow without a mark, and the puncher’s knuckles were rarely intact. These weren’t carefully choreographed fight scenes; these were scuffles and elbows and crowbars and messy punches that didn’t always hit the right spot. The police fought as dirty as the criminals, often dirtier if they wanted to win. In short, this felt real.

But it didn’t just have a realistic feel because of the violence. The dialogue was natural, the relationships between the lead characters came across as 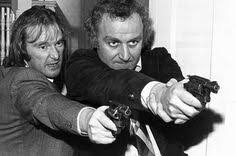 genuine –the camaraderie between colleagues and the resentment between the men on the streets and the pen-pushers – and the use of film rather than video tape gave it a grittier look too.

I was twelve when The Sweeney came out, just on the cusp of being allowed to watch more grown-up programmes. And this definitely was one of those. Tame by today’s standards, it’s shown now in the afternoons on ITV4, but in the mid-’70s, when you still couldn’t say ‘fuck’ on television (no matter how late you showed it), cops and villains portrayed with a previously unseen realism was bound to raise eyebrows. I’m sure some of my friends weren’t allowed to watch it. I think my mum, raising four children on her own, while having to work full-time, probably didn’t always have her eye on the ball, so I might have got away with a few things I otherwise wouldn’t have. The Sweeney fell into this category. Not that I’ve suffered any lasting psychological damage as a result of it – you ask my psychiatrist…

For kids of my age, this kind of show was bound to have an effect. The cops we’d seen on TV as kindly knights in shining armour were suddenly hard-nosed and weren’t taking any shit. All my mates wanted to be either Jack Regan or George Carter (though some were tempted by Dave Starsky or Ken Hutchinson later in the year). Just as we went on to quote the Dead Parrot sketch on a regular basis, back then we could heard coming out with lines like: “We’re the Sweeney, son, and you’re nicked!”

Here’s an even better line…

It was good to know villains weren’t being treated with kid gloves, that their rights weren’t being protected, that us innocents were safe on the streets because there were coppers like Jack Regan who’d kick the shit out of a villain if he needed it.

I took the opportunity to watch some of the episodes on ITV4 recently, and what struck me was how well they were put together. Sure, they were of their time. Casual sexism and racism crops up fairly regularly, and it’s clear the processes followed wouldn’t stand up to scrutiny in the modern age. But, as a reflection of the time, they’re a good record. More importantly, the storylines work, and are great examples of good writing for television. The combination of action, humour and real human stories behind the action, all make for compelling viewing.

Having been largely influenced by series like The Saint, Randall and Hopkirk and Thunderbirds, to get something as gritty and realistic as this to watch, shifted my view of the world and, in the process, adjusted how I’d consider portraying policing in my own writing. Coppers are humans, just like the rest of us. They have good days and bad days; they can be both heroic and whinging moaners; they have a system to fight, and sometimes they spend more time dealing with that than getting on with the job. As in every walk of life, there are good and bad amongst them, and they co-exist, whether we like it or not.

Ground-breaking at the time, it broke the mould and I’m sure it influenced a lot of the British police shows we see today. I was sorry when it finished, and subsequent reports suggest John Thaw regretted it as well. That said, it’s probably better to end too soon than too late.

If you get a chance to watch an episode, do. If, like me, you watched it the first time round, you’ll probably feel a sense of nostalgic excitement as the titles and theme start up.

But, whether you’ve seen it or not, I suspect you’ll be impressed by the writing and the overall production. For me, it stands the test of time.

What do you think?