For those of you who don’t know, I’m the oldest of four children. When my parents separated, my mum was in her mid-thirties, which seemed old to me at the time. Now I’m the age my mum was when my daughter was born, I know she was comparatively young, and must have felt she still had plenty of life in her.

Thursdays became her regular night out, and I’d be left in charge even though I was only eleven or twelve at the time. Money was tight, and the cost of a babysitter an extra burden. I know she looks back on that time with horror, but nobody died or got hurt, so my sisters and I have no ill-feelings about it.

Obviously, it forced me to take on responsibilities most kids my age wouldn’t. It also meant I had the freedom to stay up late, because Mum was rarely home before 2am – she loved dancing, so was in nightclubs. I probably wasn’t at my best at school on a Friday, but that didn’t bother me. I could stay up and watch TV without any restrictions – other than the limited number of channels we had in the mid-’70s.

This routine went on for a few years and became the norm. Films I watched included Girl on a Motorcycle, Blow Up, and Bob and Carol and Ted and Alice, all of which remain in my mind because of the adult content – always important to adolescent boys. I don’t remember much about the storylines, just the occasional flash of exposed flesh.

In spite of that, the thing I remember watching most clearly was a re-run of the The Prisoner.

I’d been aware of Patrick McGoohan because I’d caught a few repeat episodes of Danger Man in the afternoons during school holidays. Danger Man was about a government agent called John Drake, though it didn’t really grab my attention. In later years, I read that McGoohan had stipulated Drake shouldn’t kiss girls (I’m not sure what he said about boys) and should use his brain before fists or guns. Compared to most other series I watched, that must have seemed pretty boring.

The Prisoner, on the other hand, was oddly compelling. The action was limited, but the premise was intriguing, and something about it made me stick with it until the bitter end. The title sequence might give you an indication as to what hooked you in.

Since the central character, who is never named, is an agent who’s resigned, there is the possibility he’s John Drake, though we can only speculate about that. In The Prisoner, he’s known only as Number Six – in spite of his now-famous claim that he’s not a number.

Transported to The Village (I must visit Portmeirion), an almost other-worldly place by the sea, he has the illusion of being able to move about freely but, if he tries anything he shouldn’t, measures are there to prevent him. Not least, there’s the Rover, something resembling a giant balloon. You’ll have seen it in the title sequence, being released underwater then rolling across the sea and on to land, pursuing and subduing anyone who tries to escape. The practicality of the Rover is questionable, but it does add to the surrealness of the programme. 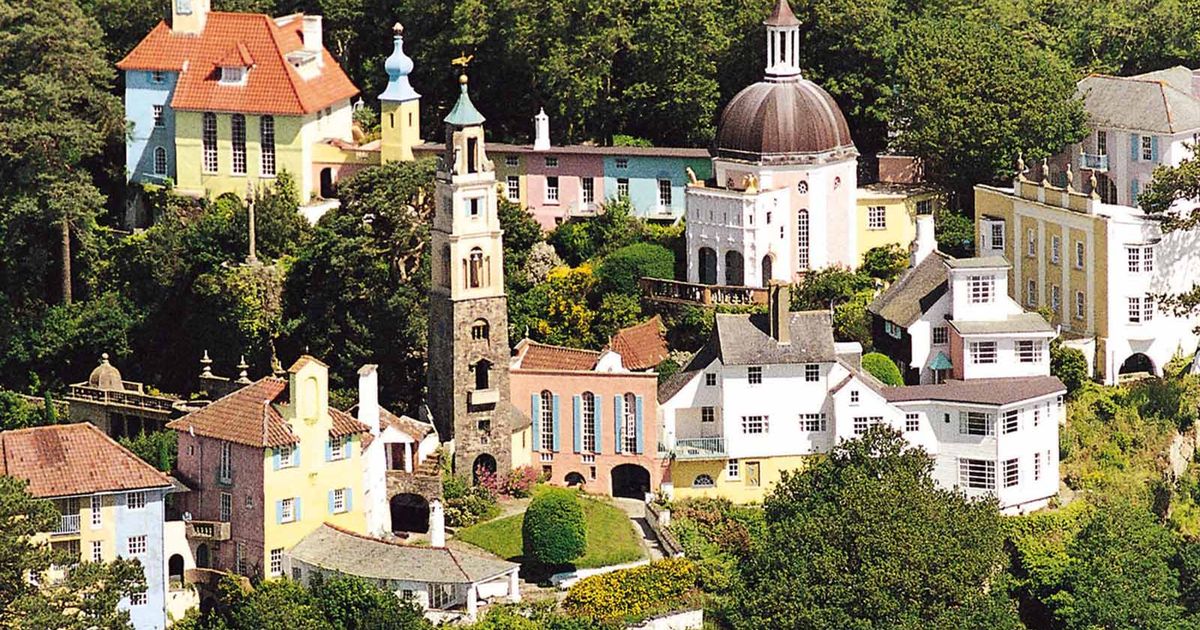 Over forty years have passed since I watched it, so inevitably things have slipped from my memory. But it is the surrealness that’s stuck with me. Not just the village and the Rover, but the blazers and the badges and the penny farthings…  And then, when it reached the final episode, you think everything’s going to become clear. For a lot of people, it’s one of those instances where you either love it or hate it. Decades later, I’m still trying to work out which camp I fall into. Inevitably, it’s a little vague in my mind, but one firmly imprinted image is of a confused machine-gun battle while the Beatles sing All You Need Is Love.

The Prisoner still provokes debate. In the main, it’s considered to be a work of genius, although some think it’s complete rubbish.

There has been talk about a film version being made, but I don’t see how that’d work. You need the time a series provides to build up the right feel. Condensing this into two or three hours wouldn’t do it justice. A TV remake was attempted a few years ago and, out of curiosity, I did watch one or two episodes, but it didn’t capture the essence of the original. Perhaps The Prisoner was a product of its time. Yet again, I feel this is one to be left alone. Let’s allow more creative people to come up with new and more imaginative ideas for film and TV. There are enough authors writing new and exciting things that could be used as source material.

Looking back, I have to thank my mum’s desire for a life (and her irresponsibility) for allowing me to discover The Prisoner at an early age. The experience was intriguing, confusing and frustrating, whilst opening up creative possibilities I hadn’t previously considered. I haven’t, until now, been prepared to watch it again. But maybe the time is right…