When filming the last series of The Saint, the producers decided to play with the idea of putting Simon Templar in partnership with another wealthy playboy-type character. The idea resulted in an episode called The Ex-King of Diamonds, which is credited with being the dry run for The Persuaders! Instead of using a Hollywood star as Roger Moore’s buddy, though, in this instance they used Stuart Damon, who was never going to be in a position to compete with the likes of Tony Curtis. 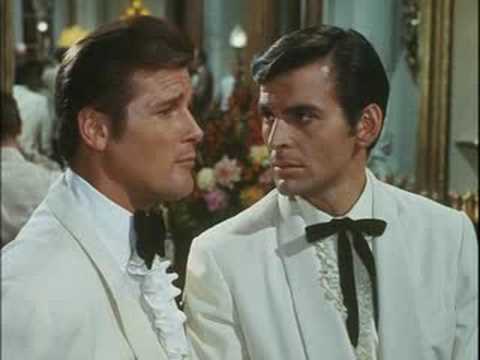 Even so, in another part of the ITC stable, he was causing something of a stir alongside William Gaunt and Alexandra Bastedo.

The Champions was compelling viewing. At least, it was to me as a kid. Like many series of the time, if you watch it now, you might question the production values.  But, on a black and white TV with a dodgy vertical hold, you didn’t worry too much about stock footage being used to suggest exotic places, or painted-on backdrops instead of location shots. Instead, you immersed yourself in the storyline and – in this case – the fantastical elements that merged into what might normally have been straightforward thriller territory.

The concept was key here. Working for Nemesis, a UN-controlled law enforcement agency, three agents are in a plane crash in the Himalayas whilst on a mission. In the aftermath, they’re taken in by an advanced race of people who heal them, but also given them enhanced physical and intellectual abilities.

What those abilities are is for them to discover for themselves as the series progresses, but telepathy comes to the fore in the first episode as does the ability to heal themselves and near-superhuman strength. Examples of their abilities are sampled in short scenes after the title sequence in each episode, for instance, withstanding intense heat, running at speed and jumping over high obstacles.

It’s important for them to keep these powers secret from others, and they regularly have to explain to Tremayne, their boss, how they seemed to achieve the impossible. The excuses generally add some light relief. 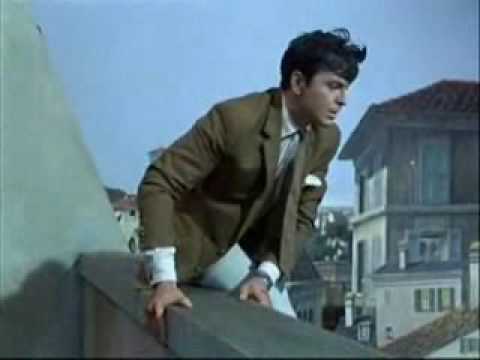 Stuart Damon was well cast as Craig Stirling. What more could you ask for in a law enforcement agent in the ‘60s than a tall, athletic, good looking American? He seemed ideal material for an action man and I’ve always felt it was a shame we didn’t see more of him in this kind of role.

William Gaunt, on the other hand, never struck me as totally convincing. In spite of this picture, there was a less than rugged feel to his portrayal of Richard Barrett. I should say that I actually like Gaunt as an actor. He just seemed miscast here.

I was only about 6 when The Champions was released, but even then I could see the merits of Alexandra Bastedo. As someone who has always had a preference for brunettes, it seems strange to me that I think she’s one of the most beautiful women I’ve ever seen. Playing the widowed Sharon Macready at the tender age of 22, you could argue that she, too, was miscast – but, frankly, I doubt there were many blokes watching who complained about it. The bigger complaint would have come from the fact that she disappeared from our TV screens far too early. 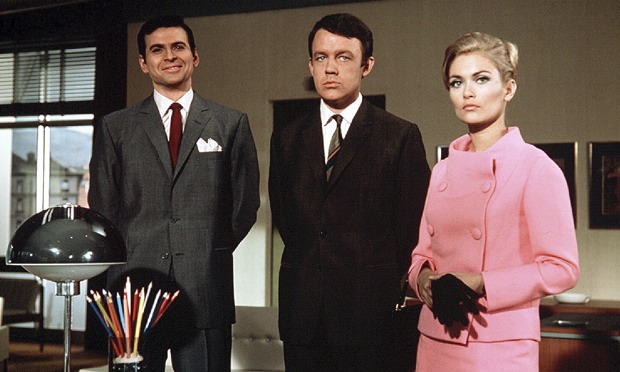 The Champions only ran for one series, but there were 30 episodes (hard to imagine so many being commissioned these days), so it’s never felt short-lived.

A theme I come back to is whether a series might work as a remake. In this case I think it would. The characters, though important to the show, were overshadowed by the concept, and a movie (which has been mooted in the past, but never come to fruition) or a TV series could focus on that. Tall, athletic Americans are still available (in spite of the best efforts of fast food outlets); frankly any half decent British actor of the right age could fill Richard Barrett’s role; and there are still beautiful actresses around, who wouldn’t even have to look as exotic as Miss Bastedo.

If you haven’t experienced The Champions, I would encourage you to give it a try. Do look past its shortcomings in the production and allow yourself to escape into the mix of thriller and superpowers. If, like me, you enjoy something that mixes the genres, it’s great escapist fun.