It probably won’t surprise you to learn I spent a lot of time watching TV as a child. Since it was the only way to keep me quiet, the telly became a surrogate babysitter for me. Bearing in mind that channels in the 1960s didn’t generally start transmitting until teatime, that still meant my mum had a pretty hard time.

That said, a lot of my viewing must’ve been influenced by my parents’ preferences. Otherwise, why would I have such strong memories of shows aimed at a more grown-up audience?

A case in point is The Avengers.

Not having been born when the first couple of series aired, I was introduced to it when Diana Rigg joined – to be fair, I think the Emma Peel years are the ones most people remember. As Diana Rigg left by the end of 1967, that means I wasn’t even five before it was over – and I know I saw that, because I remember the anticipation for her replacement, Tara King.

Because of the timing, it seems likely I watched The Avengers (and other series of the time) purely because my parents enjoyed it. Certainly, my dad harked back to it at different times over the years.

Back then, The Avengers seemed exciting, in the same way as other shows of the time. As a child, I saw it as a straightforward action series. It was only later, re-watching episodes as an adult, I realised it did a number of things differently.

First, it didn’t stick to a genre. The producer and main driver of the series was Brian Clemens, who wrote scripts covering a multitude of genres from courtroom drama, to adventure, to sci-fi and horror. Within The Avengers, he managed to bring a lot of those – and more – into the stories, particularly during the Emma Peel and Tara King years.

An example of this was the episodes with the Cybernauts, which strayed into sci-fi territory. The Cybernauts (not to be confused with Doctor Who’s 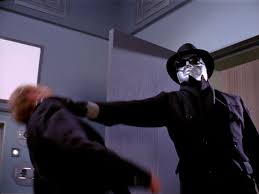 Cybermen) were metallic robots in human form that could be programmed to carry out a range of tasks – mainly killing people – and would keep going until they’d done the job. Their steady and relentless progress as they pursued a potential victim was menacing enough to feel as if it strayed into the realms of horror. It undoubtedly contributed to some of my more disturbing dreams.

The second difference was the humour. Most shows of that ilk included some humour, even if it was just the occasional sardonic one-liner. What The Avengers did was more off-the-wall: bad guys who made the average Bond villain seem completely normal; a boss with an office in various locations, including a double-decker bus; and a general sense that British life was surreal (and Brexit didn’t exist then!). 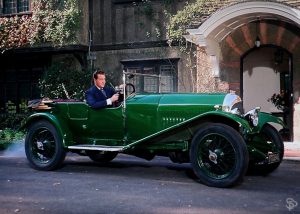 Patrick Macnee’s John Steed seems to have been the constant, appearing from the first series through to the 1970s incarnation, The New Avengers. His image as the stereotypical English gent – three-piece suit, bowler hat and brolly, driving a vintage Bentley – only underlined the show’s eccentricity.

Emma Peel certainly had what the producers were looking for when they named her – they were after ‘man appeal’ (or ‘M’ appeal). There’s a perception of Diana Rigg wearing only leather catsuits, though in most episodes I’ve watched, she tended to forgo the leather. 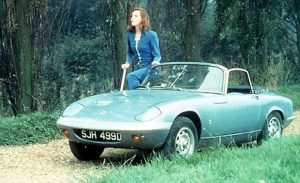 It’s almost certainly the case that The Avengers was ground-breaking in giving a female character as much action as the male, though it’s worth noting that, even now – 50 years later – a strong female character is still considered remarkable. 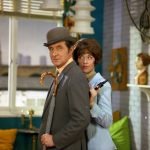 having watched that in the last year or two, I thought, as a young actress thrown into a well-established and successful TV series, she did a good job. That said, I did find Tara’s adoration for Steed a little creepy bearing in mind the glaringly obvious age gap. I suppose it plays on the male fantasy of still being able to attract young women when you’re knocking on a bit! 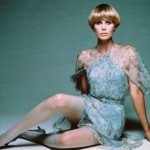 To say the series was experimental is an understatement. It stretched boundaries on a regular basis, in terms of the casting, the scripts, the sets, the costumes…  The final episode even ended with Steed and King being fired into space in a rocket! When they tried to revive it in the ’70s, it didn’t work as well (though, as an adolescent boy, I was more than happy to watch Joanna Lumley’s Purdey no matter how bad the scripts were), nor did the dire movie version in 1998.

Like The Prisoner, this was very much a product of its time. Even watching it now, I enjoy it in part because it’s from the 1960s. Hopefully they’ve learnt and won’t try it again. In the meantime, it’s good to go back and watch an episode here and there, and enjoy it for what it is.

And I’m sure if he was here today, my dad would do the same. What would your dad want to watch with you again?