A key part of 1960s TV shows was the pre-title sequence. There were some exceptions, but during that period there was a particular style designed to draw the viewer in. It would set the tone, but also compel you to find out what was going to happen next. For me, one of the best exponents was Department S. I can’t find clips, so this link takes you to the full episode The Man In the Elegant Room. If you get to the titles and feel that compulsion, please pause it so you can finish this post first!

It’s an interesting set-up, isn’t it? As the theme music starts, the film continues to roll as the episode title appears on screen followed by other credits before fading into the main titles. I can’t recall seeing this technique elsewhere, but it gives the story momentum and draws you into the rest of the story.

Department S is a fictional division of Interpol called in when police forces around the world are drawing a blank. The theory is good, though the department’s budget can’t be that great, since they seem to need the assistance of a thriller writer!

The concept is good as well, though occasionally convoluted. Even so, I remember being hooked on it when it came out. It’s not as well-known as a lot of series of the time, and I’d almost forgotten it, but something reminded me a couple of years ago and I managed to watch most of the episodes online. Initially it was simple curiosity. I suspected I’d be disappointed and watch no more than one or two. Instead, I found myself hooked and, on occasion, watched two or three back-to-back.

What was so compelling? A sequence that hooks you in, the music, the concept spelt out in the titles, all came together to sweep me into each story. And don’t underestimate the power of the music. If you haven’t watched the clip I’ve shown you, I have included the theme at the end of this post. Because it is brilliant.

Composed by Edwin T Astley, who was responsible for the music on a lot of 1960s TV series, it somehow adds to the hook. You could argue the music was wasted, because only one series was made. Then again, production companies these days generally produce no more than a dozen episodes at a time. Back then a series was 28 episodes.

As for the storylines. Essentially, each pre-title presents an enigmatic situation. After the titles, we see the department being brought in, which is where we meet the main protagonists.

The boss of the department is Sir Curtis Seretse, played by Dennis Alaba Peters. 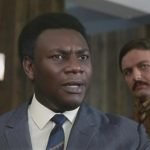 In 1969, it was unusual to see a back actor in anything other than a supporting role. Although he wasn’t a lead, having him as the boss made a significant statement.

Peter Wyngarde was the first name to appear on the credits, perhaps because he was the better known at the time. His character, Jason King, survived the series and appeared in his own in the early ’70s. A thriller writer by profession, he brought his own creativity to the investigations – because 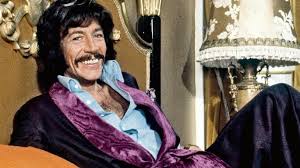 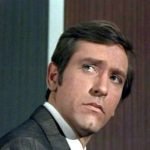 serious tone. He was in charge of the team but was also the real action man in the series. As far as I’m aware he was never seen on British television again, which was a shame. 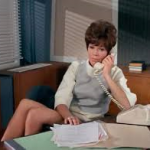 The female lead was Rosemary Nicols as Annabelle Hurst, a computer expert – in the days when computers churned out cards with information on them! Again, for the time, this might have been a fairly radical step. In the past it was more likely a female character would be much more subordinate. More air time was given to the male leads, but at least Hurst wasn’t just some bimbo.

Department S was produced back-to-back with Randall and Hopkirk (Deceased). As a result, a lot of the vehicles used are the same, and presumably some of the sets as well. That might also explain why, in spite of Department S being international, most of the cases they investigated were in England and often locations that looked suspiciously Home Counties.

When people look back on TV shows of the ’60s, they’ll undoubtedly recall The Saint, The Avengers or The Prisoner. But very few will talk about Department S, and I think that’s a serious oversight. By today’s standards, it does lack certain production qualities. But, if you can set that aside and consider how innovative it was, you’ll probably come to the same conclusion that I have: it paved the way for some exciting and creative developments in TV viewing.