There was a time when children were put to work at a very young age, often doing jobs adults couldn’t, like going up chimneys to sweep them. The nature of the work alone was cruel, and the pittance paid akin to slave labour.

Those days, of course, are long gone, though there were still traces of them when I was a lad. Because, under-age and paid only 50p a night to do the job, I was regularly hauled in to babysit for a friend of my mum’s. On the up side, she generally left me plenty of snacks, and she had a colour TV.

I was only eleven or twelve when it started, and it seemed to continue forever, but probably stopped by the time I was fourteen. It was a chore but, at the time, I couldn’t argue against it because in those days you didn’t argue with your mum.

It was during one of those nights I watched the pilot of probably the best TV show to come out of the States in the 1970s.

Although I wasn’t aware of Dirty Harry then, looking back on the opening sequence, it was very much in that style. A distinctive red car pulls on to wasteland at the dead of night, its occupants unaware of another car parked nearby. Inside the second car are two men. The youngsters in the red car start to do what youngsters in cars do (apparently – I didn’t get my first car until I was 25), while the men in suits walk over and shoot them.

It cuts then to a city street in daylight and what appears to be the same red car driving down it. What’s distinctive about this car, apart from being red, is the white stripe dropping from the roof and running along the sides to a point near the front. And if you haven’t got it yet, this is a two-door Ford Gran Torino… 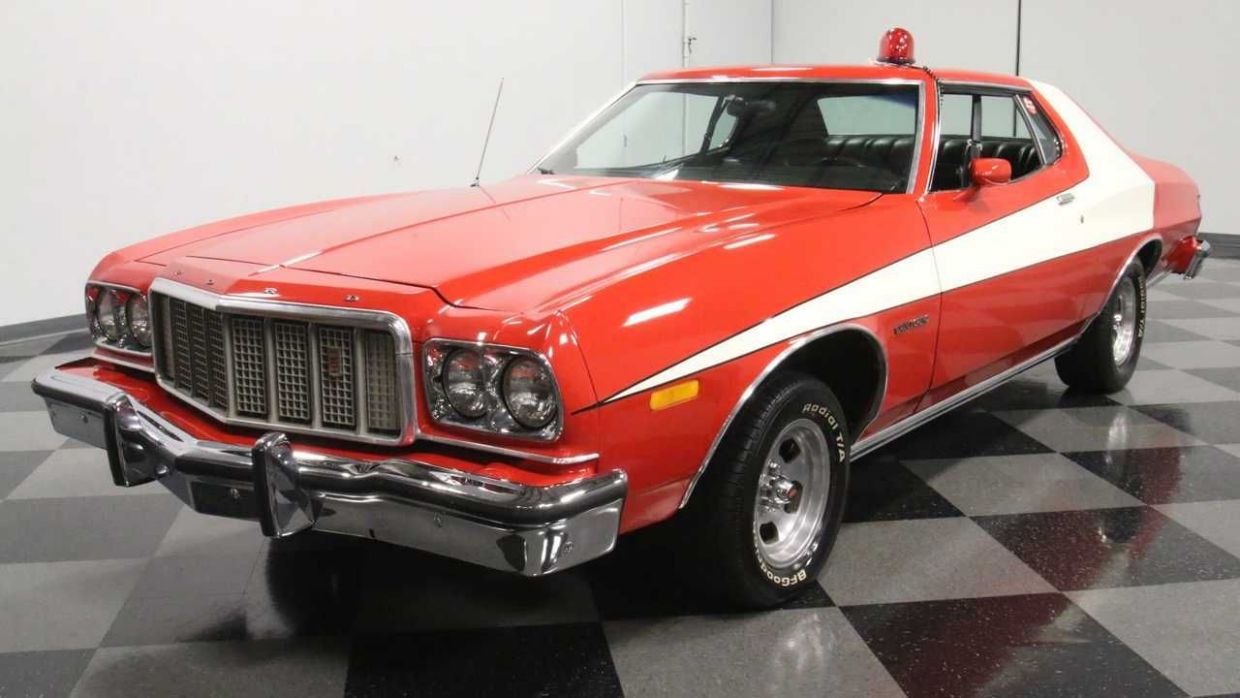 Probably the theme music and titles most people remember – if you want the better one, wait until the end…

The rest of the show had me on the edge of my seat. As Starsky and Hutch were introduced and the investigation got under way, it was clear this wasn’t the kind of cop show I’d been used to watching. It was hard-hitting stuff. Not gritty in the same way The Sweeney was, but these were two cops who didn’t take any shit – and they had guns.

By the time the pilot was over, I knew television had changed. The violence wasn’t brutal like it can be today, but it was more than we were used to back 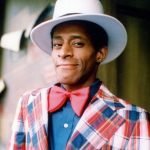 then. Of course, there were plenty of other factors too: the relationship between the two characters; the humour; Huggy Bear; and the action. Even when it wasn’t especially violent, there was plenty of action.

I’ve made the Dirty Harry comparison. It’d be a few years before I could get into a cinema to watch Clint doing what he does best, so it was only with hindsight I could see the influences. But Starsky and Hutch stood on its own two feet, breaking a mould, and setting a standard for the future.

From watching the pilot, I was hooked, and the second episode just drove the hook deeper. 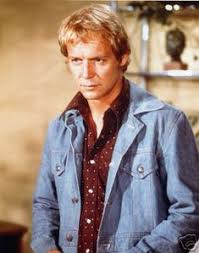 Up to then, I’d never heard of Soul or Paul Michael Glaser. Within weeks, they were names on everybody’s lips, along 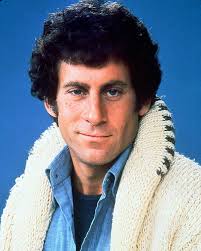 with phrases that became synonymous with the series. Had I actually heard the words: “Police! Freeze!” before?

At school, I spent a lot of time with a lad I’d known since I was five. The pair of us were of a similar build and both had dark brown hair. Because we were in the same class and hung around together, plus neither of us were renowned for our good behaviour, there were, perhaps understandably, a number of occasions when we were mistaken for each other. And, if we were together, a teacher might address one of us with the wrong name. Inspired by similar goings-on in Starsky and Hutch, our response would often be along the lines of: “No, I’m Cumming, he’s…” and vice versa.

We also tried to emulate their tendency to run or slide across car bonnets, usually late at night when we were unlikely to be caught. And we were torn between wanting a cardigan like Starsky’s and feeling we’d probably look pillocks if we wore one.

As a younger child, I’d wanted to be Simon Templar. In my teens now, the idea of becoming an international man of mystery with a playboy lifestyle still had its attractions, but it seemed unrealistic. Being a cop was much more within reach, and if we could bring to it our own sense of style, all the better. Starsky and Hutch, just like The Sweeney, presented more realistic alternatives.  Not that either ever became a reality – largely down to me being deaf. That and a pre-disposition to cowardice. 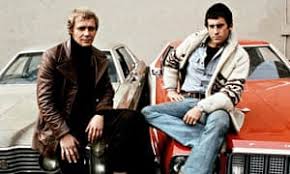 The first couple of series maintained the pace promised by the pilot, but later shows trimmed the violence down, taking the edge off things for me and, I’m sure, a lot of viewers. It wasn’t bad enough to stop watching, but it certainly wasn’t as good.

Perhaps inevitably, an attempt was made to revive Dave and Ken in a movie, but it was played for laughs, and seemed mainly to just poke fun at the 1970s. The qualities of the stand-out TV series were completely forgotten.

With so many changes in television since the mid-’70s, it’d be impossible to recreate the impact Starsky and Hutch had at the time. It’s already influenced so much of what followed. As a result, when we look back at it now, it probably seems tame. In its day, though, it was a game-changer.

Was that better, or what?!