A few weeks ago, I wrote a review of Stone Cold Heart by Caz Frear. In the post, I explained how I came to have a copy of the book and, in the process, managed to acquire a few others. It has taken a while to get to those others, but I’ve made a start now, thanks largely to my Kindle dying a death.

When I mention my Kindle to some people, I feel so heretical I half expect to have to flee from a pitchfork-wielding mob. Indeed, there was a time when I, too, had a pitchfork. That was many years ago now, though, and I have become a complete convert and find it so much easier to read on Amazon’s piece of witchcraft. Nevertheless, as with so many manufactured items these days, it had a limited lifespan and I feel blessed that I managed to coax it along for the best part of eight years.

The temptation was to immediately order its replacement, but a glance at the growing pile of paperbacks on my bedside table made me see this as an opportunity to make some space.

Thirteen was the latest of these paperbacks to read. For those of you who haven’t bothered to read how I got Stone Cold Heart (do, it’s a great post and I can recommend the book), it was a freebie I got as one of several consolation prizes at the Harrogate Crime Festival last summer. Steve Cavanagh was there, and I did see him a few times in the distance as I was sitting in the beer tent chatting to others. Having now read Thirteen, I can only say never judge a book by its cover – because the way he looks as a person gave me a completely different expectation about the kind of book it would be. Not that I expected it to be better or worse than it was – just different. Now I can only hope he’ll be at the Festival again this summer so I can tell him in person how much I enjoyed it. Perhaps all the more because of how I acquired it. 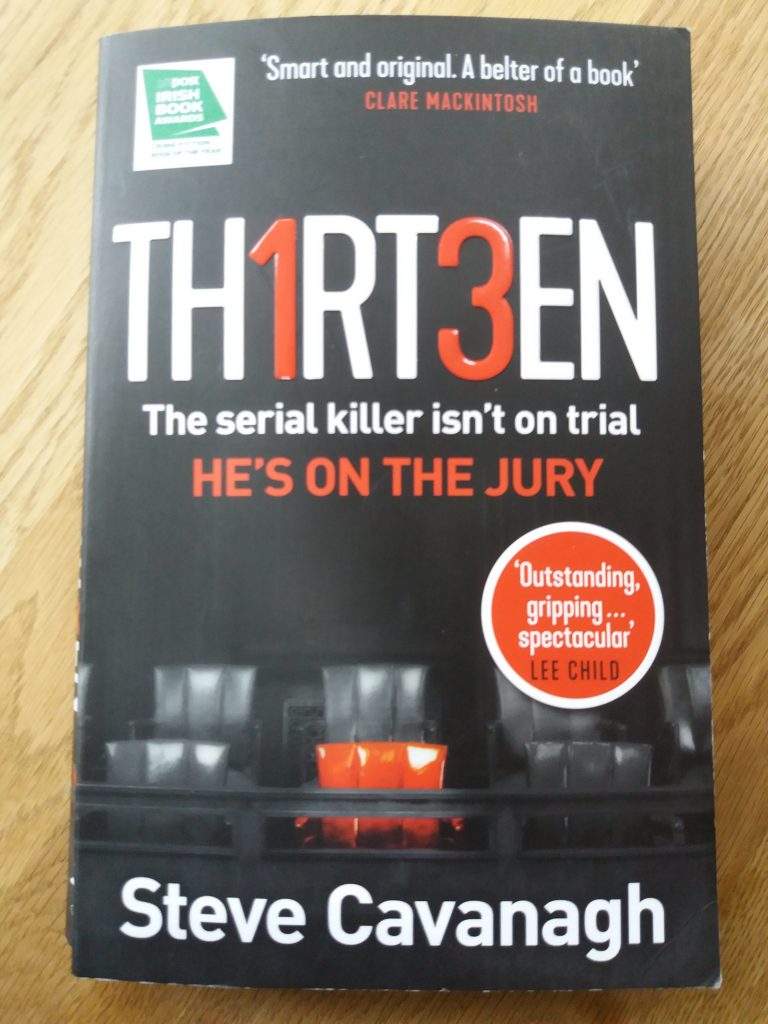 The blurb is simple, but effective:

The murder trial of the century is here.

A defendant with a secret

And a serial killer on the jury…

First of all, let me say that the concept here is brilliant. I loved Mark Billingham’s comment on the back cover… 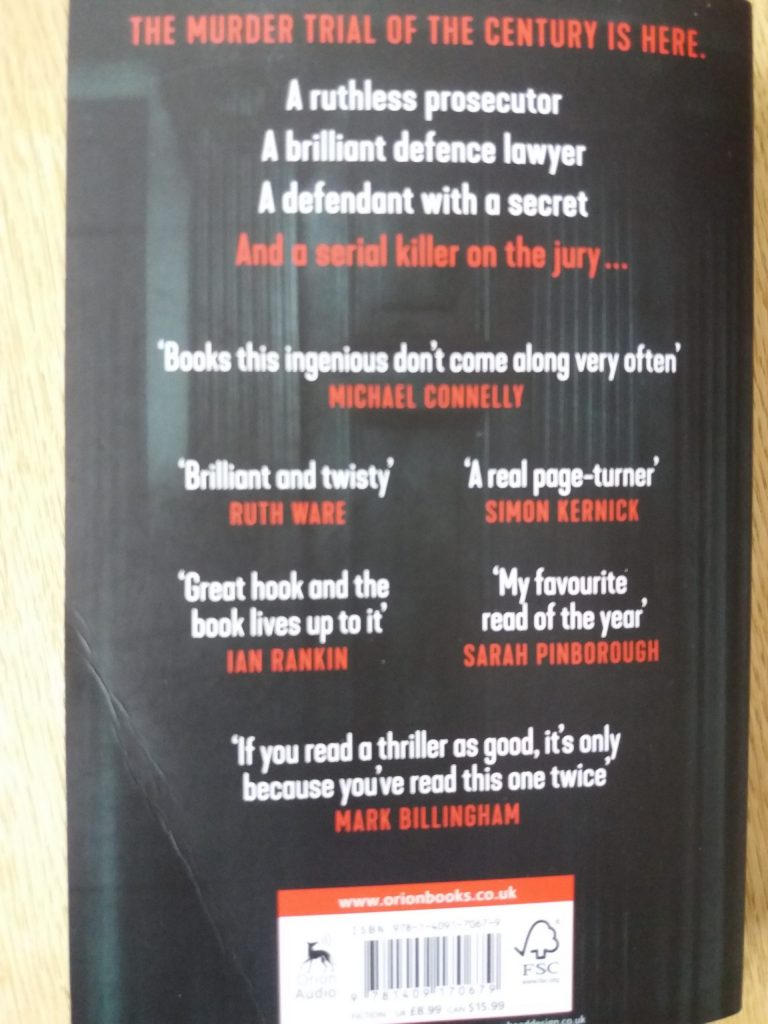 Having said that, I have read books as good, but they don’t come along very often. This was fast-paced, kept you guessing, and introduced characters that grabbed your attention. It turns out that Eddie Flynn has appeared in previous books and, if this one is anything to go by, I really want to read more. There are also hints about his history that I’m looking forward to exploring. As the bad guy, Joshua Kane is an enigma, a serial killer with something of a difference, and the how and why takes its time coming out, which is just what you want with this kind of book. The reveals are well-timed, adding to the sense that this is a book to savour.

To say more about what happens would be to spoil it for the reader. What I can say is that the best-selling authors who’ve endorsed it know what they’re talking about. I’ll definitely read more of Steve Cavanagh’s books.  And this time I’ll buy them myself!