Every now and then, I catch Mark Billingham being interviewed, either on TV or radio, and he’s always struck me as being a really nice, laid-back guy, probably a good bloke to have a drink and a chat with. On the couple of occasions I’ve made it to the Harrogate Crime Festival, I’ve seen him standing around having a drink and a chat with others, and this has only gone on to reinforce my perception of him.

I’d also become aware of his involvement with Fun Lovin Crime Writers,  a band made up of (strangely enough) crime writers who play a variety of music, but largely leaning towards the rock end of the spectrum. As they were putting on a gig at Harrogate last summer, I made a point of going to see what all the fuss was about, and thoroughly enjoyed myself.

So, with all these warm feelings about the man, it’s always seemed odd to me that I didn’t feel any great compunction to read his novels. I say odd, but there was a good reason. Having heard good things about his Tom Thorne series, some years ago I did read Sleepyhead, the first in the series. And I’m sorry to say that I came away from it wondering what all the fuss was about. I can’t recall the plot, but the general sense I had was that it was a serviceable novel, but it didn’t do anything wildly exciting, or throw in any new and interesting twists to the genre. Nor did I particularly engage with the main characters. In short, it was nothing to write home about, and I couldn’t see the point in reading any more.

Then, last summer, shortly after I’d been to Harrogate, I was browsing in the Barrister’s Book Chamber (you may recall me mentioning it before). A glorious shop that’s, sadly for me, relocated to Matlock now, it had recently opened its Crime section and it was in there I stumbled across Scaredy Cat. Perhaps it was the lingering buzz from Harrogate, but something made me decide I needed to give Tom Thorne another go. So I added it to the pile I was accumulating and took it to the till. 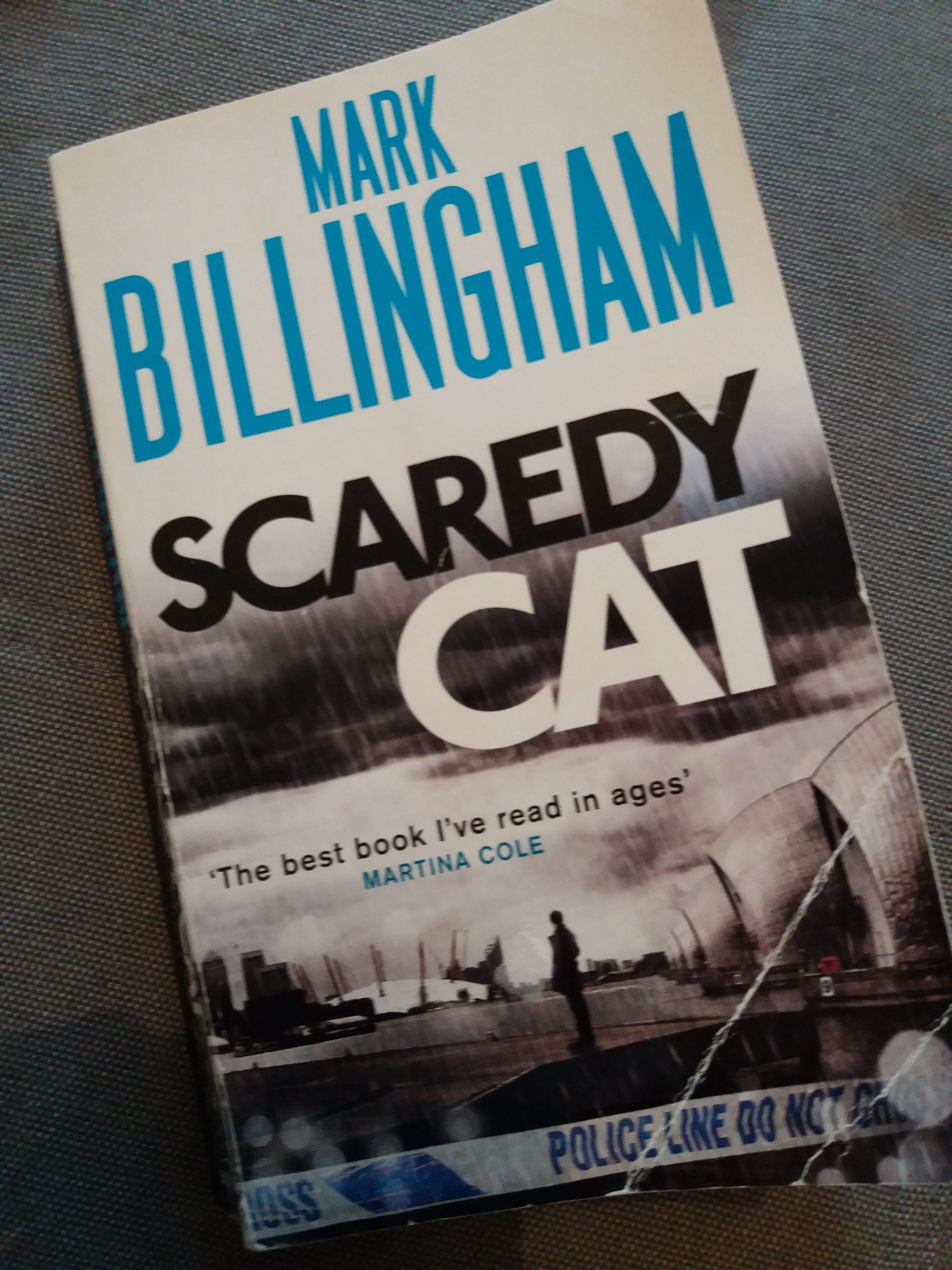 As a committed Kindle reader, I knew there was a risk it would remain on a pile of paperbacks for many months, but I was determined to get to it eventually, and I just have done. And what a turnaround in my thinking.

I do know that, sometimes, the way you react to something, whether it’s a book, or a movie, or some music – or even what your loved ones say to you – can often be at least as much to do with how you feel at the time as the thing you’re reacting to. A prime example of that for me was when I went to see Queen for the first time. A fantastic gig, but I was in a lousy mood, so I came out of it complaining. On reflection, it seems unimaginable that Mark Billingham wrote a fairly pedestrian police procedural and then followed it up with one that gripped me the way Scaredy Cat did. 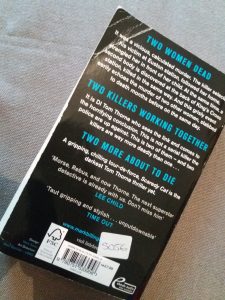 For me, the characterisation made this book stand out. All the characters, good and bad – and some of them were shades of both – were believable, and very human. The plotting was tight and everything that needed to come out did so at the right times. The identity of the bad guy was down to a short-list of three in my head, and even then I was wracking my brains trying to work out if I’d missed any possible suspects. I might have done, but it was one of the three – though I was still torn between all of them until the actual reveal.

The murders were brutal, the motives clear enough to be credible, and the investigation felt right. If I had one criticism, it was the fact that there were several places where the point of view changed back and forth very rapidly – but that was more a technical issue than one that interrupted the flow of the story.

So, now I’m looking forward to reading more of Tom Thorne. I certainly won’t leave it so long to read the next one. Plus, I feel happier that my impressions of the author have been the right ones. Of course, it’s possible for an amiable, entertaining individual to be a terrible writer. But that’s definitely not the case here. Who knows, when I’m next at Harrogate, I might just pluck up the courage to go and tell him what I think. And maybe buy him a pint too.