Book Review: On the Edge of a Raindrop @SarahBrentyn

It’s fair to say that I like my fiction with a bit of depth. I don’t mean War and Peace kind of depth, or The Bible (Seriously? Some people out there still think that’s non-fiction?), but I like a good yarn with layers, ideally a few twists, and characters that feel real, even when they’re a little larger than life. As an author, I’m sure this is part of the reason I find it so hard to write short stories. And yet I like them, and I always admire a writer who can produce an effective short story.

I’m even more impressed, then, when I read flash fiction. At least, I am when it’s well written. As I understand it – and I’m no expert in these matters – flash fiction can be anything from a few words to a few hundred, so it can be very difficult to convey much in the way of a story with so little to play with. Very often, flashes will be suggestive rather than explicit. Sometimes, they get across a state of mind or being rather than a whole story. Whichever route is taken, for that writing to stir something in the reader – for example, senses of loss, fear or exhilaration – means the author has done their job.

Probably the most famous flash fiction reads: ‘For sale: baby shoes. Never worn.’ Attributed to Hemmingway, though there are some doubters, this conveys so much and is a masterpiece of the genre. 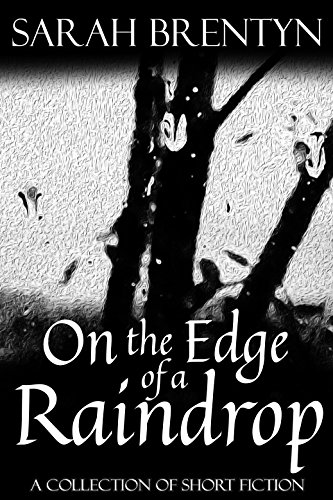 Frankly, Sarah Brentyn’s work easily stands alongside this. Her ability to capture the essence of an emotion or a moment in so few words is staggering. In a single line, she can encapsulate something that I and many other authors would struggle to do in several pages.

Like her first book, Hinting at Shadows, this is a book to savour and not rush. When you’re confronted with stories or essays that cover only a page or even a few lines, the temptation is to read one and then leap on to the next. Don’t. Read one and reflect on it. The whole book is only 48 pages long, but what it contains is volumes and it should be read as if that’s the case.

Take your time. Savour each morsel as it’s fed to you. It’ll be more satisfying than you can imagine.

If you’ve been tempted by this (and you really should be), here are the Amazon links to buy a copy: