After reviewing Thirteen the other week, I turned to the next book I’d acquired at the Murder Mystery dinner at the Harrogate Crime Festival, East of Hounslow. 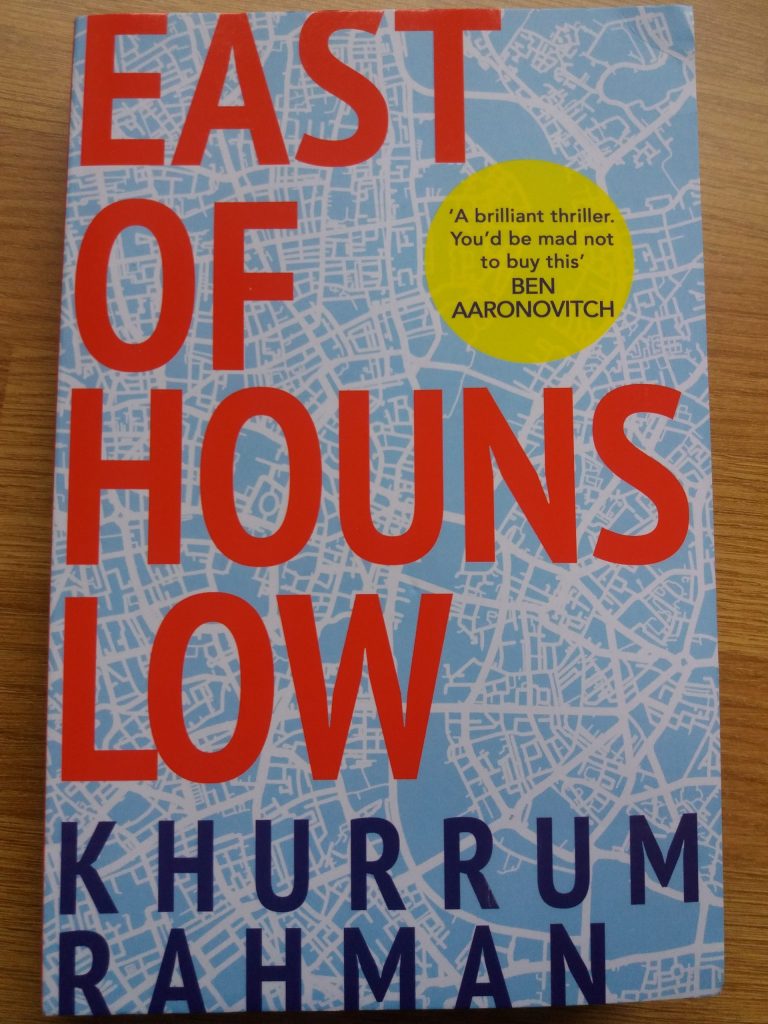 Round the dinner table, I’d overheard comments about how good it was supposed to be. By implication, that meant whoever was making the comment hadn’t actually read it, but had either heard or read about it elsewhere. It’s an endorsement of sorts but, like Chinese Whispers, it can leave a lot open to interpretation. And how good a book is will always be a personal and subjective view anyway.

All that aside, I’m now going to own up to some prejudices. During the Festival, I was chatting to another delegate who never knowingly read books by a woman. I say ‘knowingly’ because he admitted he’d been caught out by the trend for female authors to use their initials instead of their first names. Whether he’d actually enjoyed those books wasn’t divulged. Although I allowed some gentle mockery to filter into the conversation, afterwards I realised I’d been guilty of the same bias at one time. Fortunately, that bias is long gone.

What hadn’t gone was a bias against reading books by authors from different ethnic backgrounds. In my own writing, I tend to stick to what I know, and that includes the characters. Having lived mainly in towns that are predominantly white, and with few work colleagues who weren’t white, my experiences have been very narrow, so I’ve always felt I wouldn’t be able to do justice to a character from a different ethnic group to me. The same is true for writing gay characters.

On the other hand, I seem to be able to write about criminals and drug addicts and smokers without having been any of these things. The difference with these is that I’ve read extensively about characters with these traits.

Clearly, I’ve been avoiding books that expose me to characters and lifestyles that I could be including in my writing. And I can only assume there’s been an unconscious bias. It’s possible that’s because most I’ve seen or read about have been books of an apparently literary bent, which have never appealed to me. Still, I’d realised I wanted to put this right, and was given a spur to do so at the Festival when I went to a panel discussion which included the author AA Dhand. I’d read a few reviews of his books, so I was curious anyway and, listening to him talk (though really I’d gone because Bob Crais – we spoke, he prefers ‘Bob’ – was on the panel), I was intrigued by what he had to say. The result is that one of his books is currently sitting near the top of the pile at the side of my bed.

I got to East of Hounslow first… 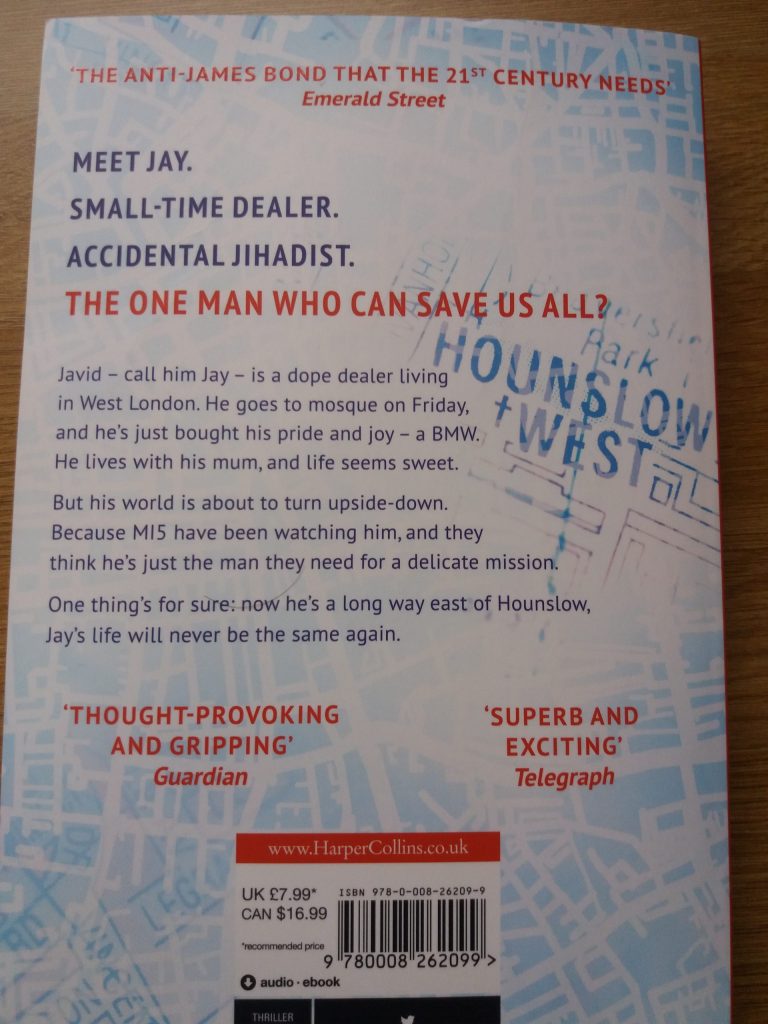 Khurrum Rahman has written a book that is both entertaining and thought provoking. There was more humour than I expected, but also darkness as the anger and resentment felt by some Muslims because of the way they were treated was described in a way you could relate to. The lives of the key players are shown warts and all but without judgement. At it’s heart, though, it’s a thriller, a spy story that doesn’t preach, but carries you along, from the fights in the car park, to the training camp in Afghanistan.

Did I have any issues with it? Yes, but all are issues I’ve come across before with a range of other writers, and most of those issues are down to personal preference. For example, I find stories that mix first and third person narratives an irritant. I’ve had to get used to them, because it’s a growing trend. I also didn’t like the very end of the book, but that’s because something about the style jarred with me, and not because the ending itself was wrong.

Overall, I came away from the book wanting to read more by Rahman. My TBR pile means it won’t happen imminently, but it will happen.

Do I feel I’m now fully equipped to write about the experience of a Pakistani Muslim growing up in the suburbs of London? No. I’m a white middle-aged man who lives in the Midlands. But I want to learn more, and what better way to learn than by reading an entertaining thriller?