It’s not very often I do book reviews. Those I do tend to be of books written by Indie authors. The reality, though, is that, whilst there are some amazing Indies out there, there are also some rubbish ones who’ve taken advantage of the fact they can publish themselves and generated a lot of tripe – and it sometimes feels like you’re wading through it as well.
A number of digital publishers have arrived on the scene as well and, although they tend to produce better quality books, that’s not always true. I’ve read quite a few from them and wondered whether an editor was used at any point in the process.
There is a point to this. In fact, there are two. The first is that the freedom we’ve been given as authors to publish our own work is fantastic. I’ve gone down that path, and I’m happy with the decision I’ve made so far because I don’t think the stuff I’ve written will appeal to mainstream publishers. But the freedom to publish so easily has led to some dire material being released, and that quality is often perceived as a benchmark for self-published work – which is unfair on authors who write well and approach the publishing process in a professional manner.
The second point is that, for a book to really grab my attention, it now has to be something special. And this is where I (finally) get to Drive by Mark West. 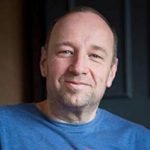 I’m not sure if Mark has published his own books at all, but he’s definitely used small presses, which is why my earlier comments have some relevance. I should also add here that I have met Mark, though it was for mere seconds at the end of a Book Connectors event in 2017. We were the only two males in the room, and he made the effort to come up to me and say hello as things were packing up. The exchange was along the lines of: “We must try to speak next time,” and there hasn’t yet been a next time. Our contact since then has been limited to an occasional online comment, though, reading his blogs, I could see we had a lot of common interests. And it was the common interests that prompted me, at last, to read one of his books.
I started with The Mill, a novella which impressed me, and it did so because it took something supernatural and eased it into a very real, relatable, world. That helped make the whole thing very credible. I won’t say any more about it here, but I would recommend it as a read.
At this point, I turned to a Jack Reacher book. I love Lee Child, and have yet to be disappointed by him. After reading several books by authors I’m not familiar with, I often take a break and turn to an author like Child, because I know what I’m going to get and I know I’m going to enjoy it. The MIdnight Line did that for me. I explain this because I want you to know that I’d just read a very satisfying novel. What follows such a book is usually quite mundane by comparison. What actually followed was Drive.
Around 25000 words long, I didn’t expect it to take me too long to read. Even so, I didn’t anticipate finishing it in one session. This is a story that grabs you by the scruff of the neck and drags you along with it. And that’s down to the tension that begins to build right from the opening chapter. As we head into the second chapter, the tension really ramps up. It’s a rare book that provokes a physical reaction, but this one did. I could feel the tension building up in my body as I lay in bed reading. Frankly, how I slept that night is beyond me.
The storyline itself is deceptively simple, but I’d challenge anyone to read this without their heart pumping. The only comparison I can make is with when I first watched The Hitcher back in the 1980s. The sense of threat and menace is so palpable, you want it to end, but you can’t turn away because it’s so compelling.
As I’ve said, it is a short story, so to say any more about it would cheat potential readers of the shocks and suspense that await them. What I will say is that, the intensity of my own reaction has been greater than with anything I can remember reading for a long time. So I would urge you – whether you read Indie, small press, digital publishers, traditional or any combination – to read Drive. It’s brilliant! 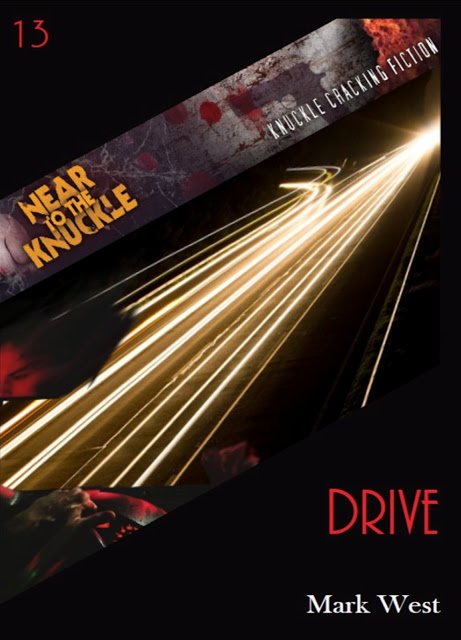 Do click on the book cover for a whole lot more…