For what seems like decades, but in reality is only a few years, I’ve been following an increasing list of book bloggers. With the numbers involved, it’d be impractical to read and share every single post, and that’s a shame because they really deserve to be read and shared more. I’ve written about how important they are elsewhere, so I won’t bang on about it here.

In a way, I shouldn’t read as many as I do, because there are loads of great books out there, and the temptation to download yet another one (that I probably won’t find time to read) is very strong. My default position, then, has been that I won’t act on any of the reviews, no matter how glowing they are. Then again, there are some authors – and books – that crop up repeatedly and you start to think: Hmmm. Perhaps I should…

One of the bloggers I read more than most is Sarah Hardy at By The Letter Book Reviews. Her reviews are easy to read and get to the point quickly, which is more than can be said for mine. Back in May (is it really only a month ago? So much seems to have happened since…), she shared a review of M.A. Comley’s The Lies She Told. Naturally, having read it, I shared it.

Mel Comley has been cropping up a lot on blogs over the last couple of years, so I was already aware of her, and had been curious. Obviously, bearing in mind my default position, I just hadn’t done anything about it.

About an hour after I’d read it, Mel tweeted me her thanks for sharing the post. When I wrote that post about the importance of book bloggers, I made reference to there being occasions when they feel under-appreciated. Although I didn’t go into detail, I have been told of authors who don’t bother to thank the bloggers, let alone anyone who shares something that’s promoting their book – which seems short-sighted to me. Clearly Mel doesn’t fall into this category.

Always delighted to have the opportunity to engage with another author, I responded, commenting that I’d been hearing good things so really ought to get on and read one of her books. Sometimes, it takes a public statement like that to force you to do something. Shortly after, I downloaded Cruel Justice, the first of her ‘Justice’ series. This simple and, frankly, inexpensive, act prompted some enjoyable banter, that culminated in Mel indicating that she’d also read Carrion.

My own reading has been difficult during the lockdown period, though that may be coincidental. Nevertheless, having read a handful of books I’d felt I should, I reached the point where Cruel Justice was a serious contender for my next read. And so it came to pass.

As I read the prologue (I do like a good prologue), I was immediately drawn in. The questions were already forming in my mind, which meant I wanted to know what the hell was going on. For the first time in months, I was into a book as soon as it started. That doesn’t necessarily mean it’s going to be a great book, but it clearly had potential. More importantly, I wanted to read on and find out what was going to happen next.

The protagonist, Lorne Simpkins, clearly has issues in her personal life, but she wouldn’t be as interesting otherwise. I didn’t always find her a sympathetic character, though that only served to make her more real. Are any us either completely good or completely bad? In a sense, that’s a theme that ran throughout the book. I even felt a degree of understanding for the bad guys at times.

The pace felt right for a police procedural and, although it focused mainly on the progress of the investigation, there was enough of Lorne’s home life included to connect with her as a person. When you write an opener to a series, it’s very easy to fall into the trap of spending too much time setting the scene for future novels. Although it was clear that some elements could very well recur, and that there may be some ongoing themes, these weren’t overplayed.

It’s fair to say it’s well-balanced in other ways, with the right degrees of tension, office politics, banter and personal relationships. I can understand the enthusiasm for Mel Comley’s books, and I’ve already downloaded the next in the series. If you want to give her books a try, I can strongly recommend starting where I did and click on the book cover… 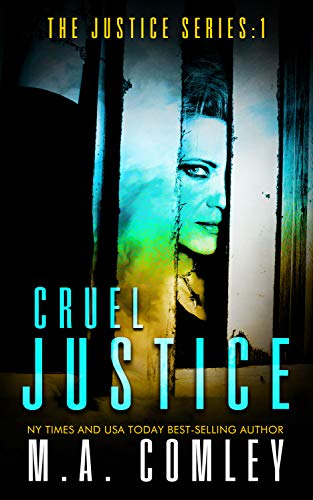