All The Time In The World #Diana Rigg 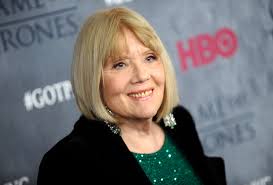 It’s happened again. A sign of my own advancing years, I suppose. And a reminder to get my arse into gear and get on with living my life.

When Bowie died (was that really almost five years ago?), I realised that much of his music had formed a soundtrack to my life. He’d been there certainly as long as I’d been interested in music.

The same has been true, and probably more so, for the actors who appeared on TV and in movies from when I was a kid. Some of those actors went on to appear elsewhere during the years that followed, and thus also formed a backdrop to my life. When they’ve died, it’s almost been like losing a close relative. Indeed, there are probably some relatives I’ll miss less.

What was it about Diana Rigg that makes her one of those people?

As I’d have been two when she joined The Avengers, I suspect she wasn’t a major influence immediately. I know my parents enjoyed the series – and I can completely understand why my dad was a regular viewer… 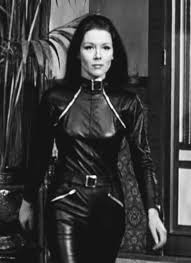 At some point in the mid- to late-sixties, I must have started watching it, though, because I know I did watch it while new series were released – the last one came out when I was six.

I suspect at that time I didn’t see the same attractions my dad might have done in Emma Peel – a play on ‘M appeal’, the M standing for ‘man’. But I don’t think I was much older before I got it. I remember watching her being interviewed by Michael Parkinson in the late ’70s. By then she’d had her daughter, Rachael Stirling, and spent some time sharing the joys of biting Rachael’s bottom. This was a mum talking, but there was something both engaging and sexy about her. Funny the things that stick with you… 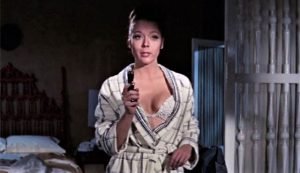 Strangely, given my near obsession with James Bond back in the day, it wasn’t until about 1982 that I finally got to see On Her Majesty’s Secret Service. Perhaps I’d been put off by the slating Lazenby got for the movie. As it happens, I watched it again only a few weeks ago, and I won’t pretend it is the best in the series. But Lazenby was a lot better than he was given credit for, and Rigg was brilliant. That closing scene, when she’s (spoiler alert!) killed, always leaves me tearing up.

Of course, she’s done so much more since, popping up in movies and TV shows, either as the star or in a supporting role and, still, even as she’s aged, was always compelling to watch. As it happens, I’ve not yet seen Game of Thrones (I know, it’s sacrilege), but it is on my list of things to watch, and I understand her character is a scene-stealer, which doesn’t surprise me in the least.

Perhaps because I only came to appreciate the joy of theatre in more recent years, I never saw her on stage, where she had many great successes. If nothing else, her passing is a reminder that I need to get to the theatre more often once we’re actually allowed to go.

As I’ve already indicated, Diana Rigg was one of those people who has formed a backdrop to my life. Like Bowie, though, her presence will remain. I will watch her again and again as the years pass, both as the lithe action heroine of The Avengers and OHMSS, and as the character actor she always has been in so many other TV shows and movies. She will be missed, by her family of course, but I’m sure by others like me, who’ve grown up with her.