Early in May, I finally completed the latest draft of Carrion, a novel that seems to be taking an age to get right. I first started it back in the mid-noughties, and have set it aside and gone back to it several times. The story feels right, and I feel it needs telling, but there’s something about its structure that hasn’t clicked so far. It’s getting closer to where it needs to be, but it’s still not quite there. Nevertheless, I did the right thing and put it aside for a few weeks before starting the next draft.

It’d taken a while to get into the routine of writing every day, and I was conscious the break could also screw up my routine. So, to keep my momentum, I decided to go back and look at an old short story. For a short, it was quite long – almost 12000 words – so I thought reading through it, making notes and re-writing it might be enough to fill in some of the time before going back to Carrion.

I wrote the story when I was twenty (so I’m not exaggerating when I say it’s old), and I’d always felt there was something in it worth pursuing, but it wasn’t really my normal kind of theme.

Reading through it again for the first time in at least fifteen or twenty years, I immediately saw the flaws. An awful amount of telling and not showing, some of the phrasing very clumsy, and the characters not very well developed. Underneath it all, though, was a story with some mileage in it.

My original thinking had been that this would largely be an edit, albeit one leading to an increased word count. With a starting point of just under 12000 words, I figured it might rise to between 15000 and 20000. Certainly, it should be enough to get me through to when I needed to start on Carrion again. Instead of an edit, though, it became a rewrite. I copied and pasted some of the first few hundred words with the intention of making some subtle changes. By the time I’d finished with it, that passage was over 5000 words long.

The rewrite continued. And continued. My expected word count rose again. First to 25000, then rapidly to 30000. It was beginning to look like this could be a longish novella.

A character who had previously been little more than a cipher needed a bit more development and back-story. The expected word count nudged up to 35000. Maybe I should have put chapters in, I began to realise.

The date arrived for me to start reading through Carrion, and I considered setting this story aside, but I resisted. I needed to finish it, especially as it was running towards 40000 words and I couldn’t see the end in sight yet. A thought occurred to me that was both horrible and exciting at the same time: this might end up becoming a short novel. Horrible, because I didn’t want it to side-track me from Carrion or the Birth, Life and Death trilogy. And exciting because the plot for this wasn’t as intricate as the others, so it wouldn’t take much re-drafting to get it into a publishable state.

As the word count continued to push past previously unimagined boundaries, I knew I had to let Carrion go for a while. My timetable had been set by me, so I didn’t have other people to consider (well, I had given a time-frame to beta-readers, so I’d need to grovel to them). What seemed more important right now was to finish the job I’d started. And I did, finally, just over a week ago, with a word count of just under 75000. 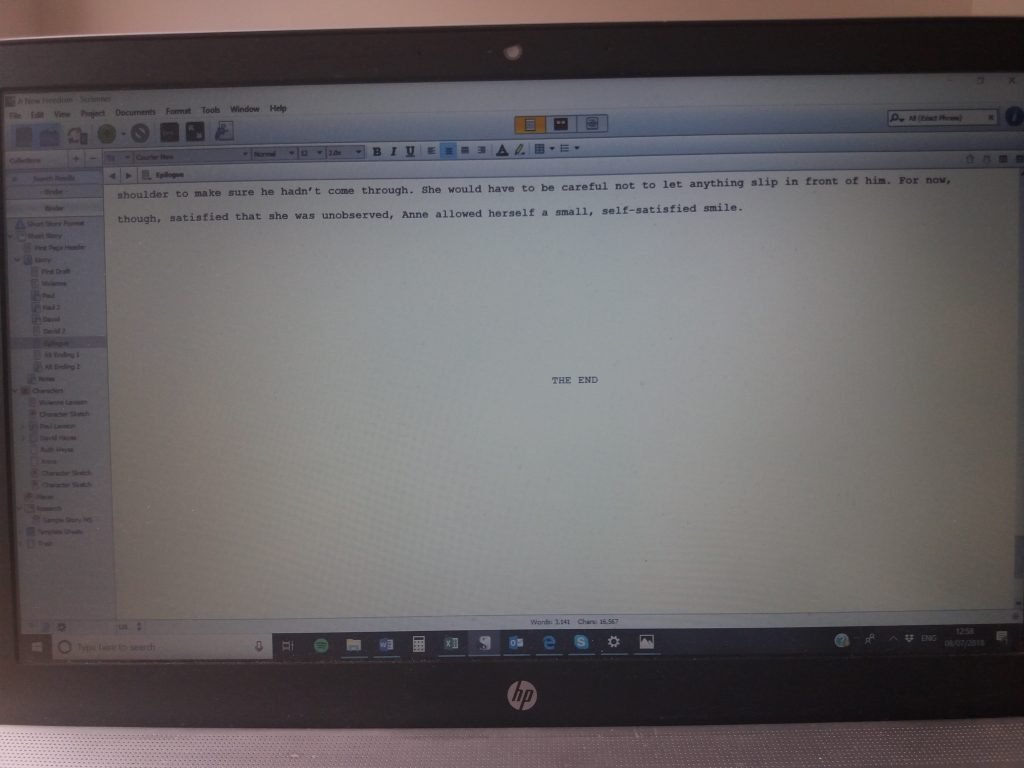 So now that’s been set aside to return to later, and I can, at last, get back to Carrion. To my delight, I am craving my return to that world of dragons and sorcery, and dying to get my teeth stuck into the next draft. It won’t be the last, but I know I’m getting very close. And, with more exciting stuff in the pipeline as well, readers might have to wait a bit longer for new books but, when they come, there’ll be plenty of them.